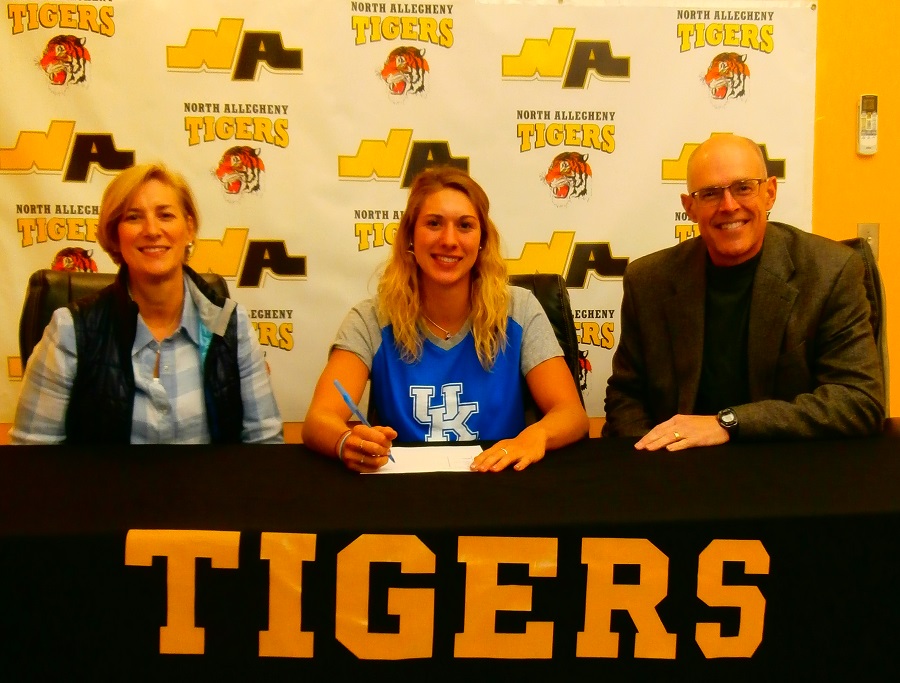 Torie Buerger Signs Letter Of Intent With University of Kentucky

North Allegheny senior Torie Buerger has signed her letter of intent to continue her athletic and academic career at the University of Kentucky.

Continuing a family legacy of superb swimmers at North Allegheny, Buerger has been a part of three straight WPIAL Class AAA championship teams, extending NA’s run of titles to 11 in a row for the girls’ program. Last season, Buerger was one of four swimmers that won WPIAL gold in the 400 free relay. Individually, she won a WPIAL title in the 100 backstroke and finished fourth at states in the same event.

Buerger plans to major in Animal Science. She is pictured above with her parents Sonya and Dr. Dave Buerger.