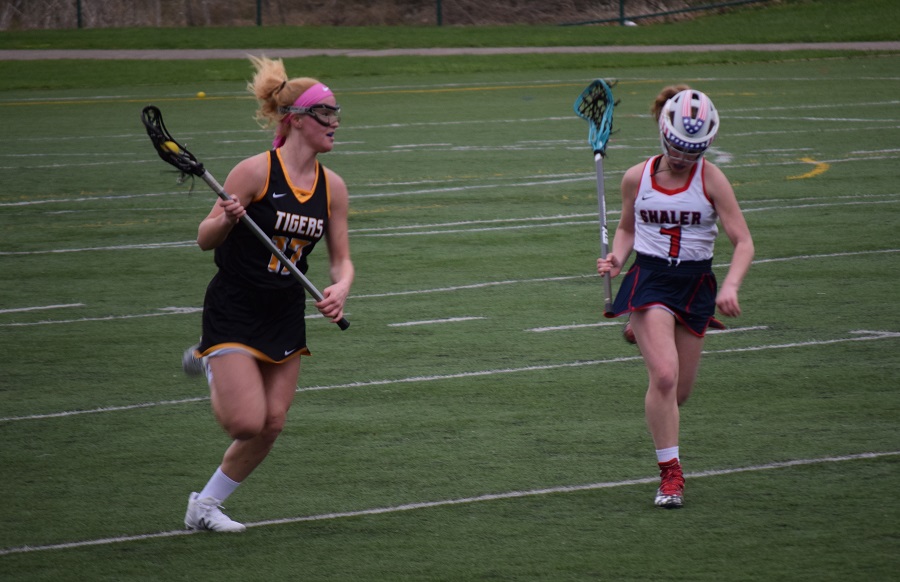 Two members of the North Allegheny girls’ lacrosse team have been chosen to the 2018 WPIAL Section 3-AAA all-section team. Juniors Brooke Ferringer and Paige Jones had outstanding seasons and were honored for their efforts.

Ferringer, an Old Dominion University recruit, led the Tigers in scoring with 58 goals and was one of the top scorers in the section, averaging 3.5 goals per game. She also won over 55-percent of her draw attempts and caused 12 turnovers on defense, third-best on the team. Ferringer will participate in the Cascade Lacrosse National Prospect Elite 80 event  for committed players in Frederica, Delaware on July 10.

Jones, an Embry-Riddle Aeronautical University recruit, delivered one of the best all-around seasons in NA history with 18 goals, a team-leading 13 assists, 92 groundballs and caused a team-best 26 turnovers on defense. Jones has been a three-year starter for North Allegheny and plays for the Pittsburgh Premier Lacrosse Club year-round. She recently participated in the Women’s US Lacrosse National Tournament last month in Stony Brook, NY.