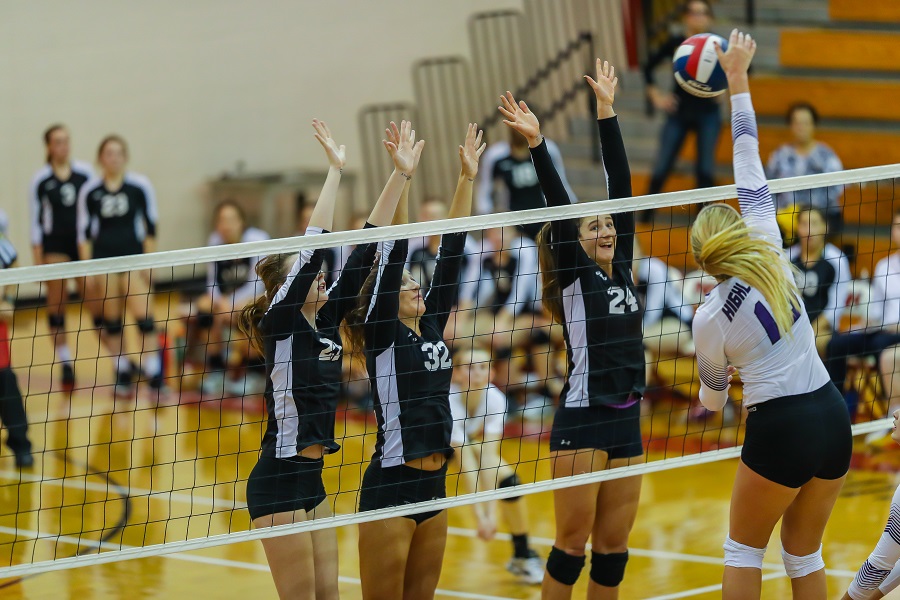 The eighth-seeded Baldwin Highlanders upended the top-seeded North Allegheny Tigers, 3-2, on Tuesday night in the Class AAAA quarterfinals. The Highlanders, the two-time reigning WPIAL champions, defeated NA by set scores of 25-21, 17-25, 16-25, 25-18 and 15-10. Senior Maddi Sgattoni, a Naval Academy recruit, led the way for Baldwin with a game-high 25 kills.

The first set was a see-saw affair that set the stage for an exciting five-set contest. Both teams traded barbs in the opening set and the score was tied 15-15 before Baldwin pulled away late thanks to six kills from Sgattoni. Despite the loss in set one, sophomore Anna Sprys delivered four kills for North Allegheny.

Hoping to avenge losses to Baldwin in the WPIAL finals the last two season, the Tigers answered back in set two thanks in part to five kills from Duquesne University recruit, Maria Mosbacher. Junior Kayla Dinkins was outstanding for NA and added three kills and four blocks in a 25-17 win for the Tigers.

North Allegheny received another tremendous outing from Dinkins in set three with four kills and a block as she clogged the middle of the net. Maddy Mueller and Mika Logan added four kills apiece in a 25-16 victory for NA.

The Tigers had Baldwin on the ropes but the Highlanders forced a fifth and decisive set with a 25-18 win in set four. Baldwin jumped out to a 7-2 lead in the fifth set and Sgattoni made sure it stood up with four kills in a 15-10 win to close out a 3-2 match victory.

The Highlanders advance to the WPIAL semifinals to face the Bethel Park Black Hawks on Thursday night. North Allegheny ends the season with a 16-2 overall record and co-section title from Section 1-AAAA. Congratulations to coach Heidi Miller and the Lady Tigers for a terrific 2016 season.