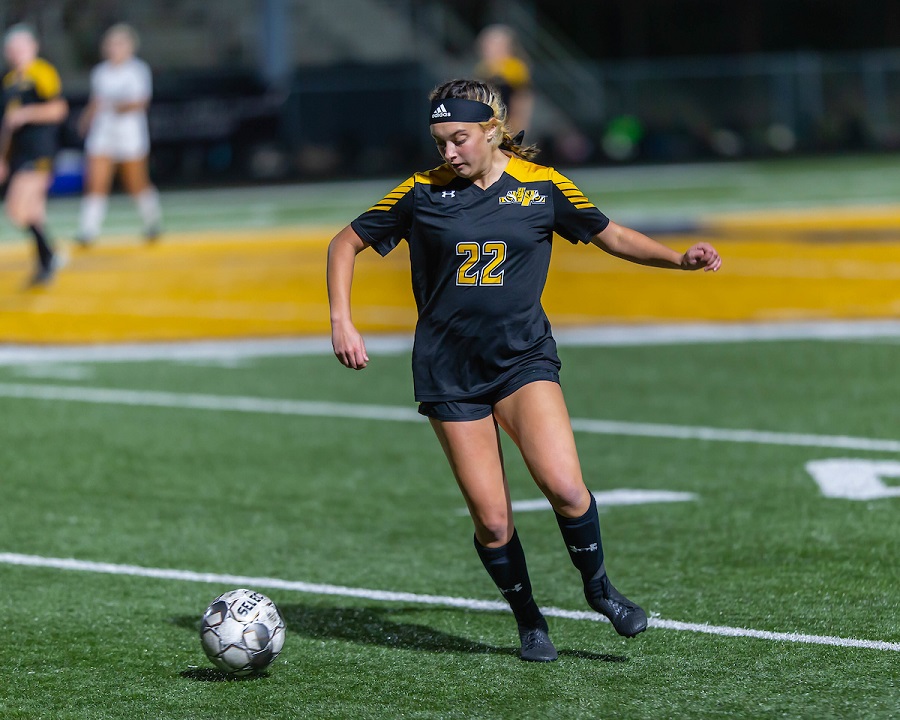 Samantha Miller’s goal with 26:42 remaining in regulation propelled Butler to a 3-2 win over North Allegheny on Wednesday night at Newman Stadium. For North Allegheny, the result snaps a 15-game section winning streak. The Tigers had not lost a section game in nearly two years and had gone 18 consecutive section contests without a loss, including one tie in that span.

In the opening five minutes of the game, Butler was the aggressor on offense and capitalized for the game’s first goal. Junior Chloe Weiland scored with 34:15 on the first half clock to give the Tornado a 1-0 lead.

Following the Weiland goal, North Allegheny’s offense remerged and put consistent pressure on the Butler defense. That pressure paid off with 19:09 to play in the first half when senior Sarah Schupansky found sophomore Lucia Wells for a shot from 15 yards out to even the score at 1-1.

The score remained deadlocked at 1-1 until the early stages of the second half. After a hand ball was called on Butler just outside the goal box on the left wing, Schupansky took the free kick and played a shot on net that clanged off the right post. Wells immediately jumped on the rebound and buried a shot in the back of the net for a 2-1 lead and her seventh goal of the season. Wells was selected as the Wright Automotive Player of the Game.

However, just 24 seconds later, Butler evened the score at 2-2 on a marker by Gabrielle Boden from 20 yards out on the left wing. The Golden Tornado struck again with 26:42 to play on the goal by Miller to take a 3-2 lead.

North Allegheny had several prime scoring opportunities down the stretch to try and draw even. With 14:50 remaining, Kena Shannon had a chance in front off a corner kick but narrowly missed wide left. Nearly two minutes later, Schupansky arched a pass on the doorstep to freshman Abigail Stager whose header went just above the crossbar. The Tigers pressured the Golden Tornado down to the final horn, including a free kick into the box as time expired, but Butler staved off NA for the 3-2 win.

Following the loss, North Allegheny falls to 3-1 overall and 2-1 in Section 1-AAAA. Butler improves to 4-0 overall and in the section. The Tigers return to action on Saturday at 2:30 against the North Hills Indians.