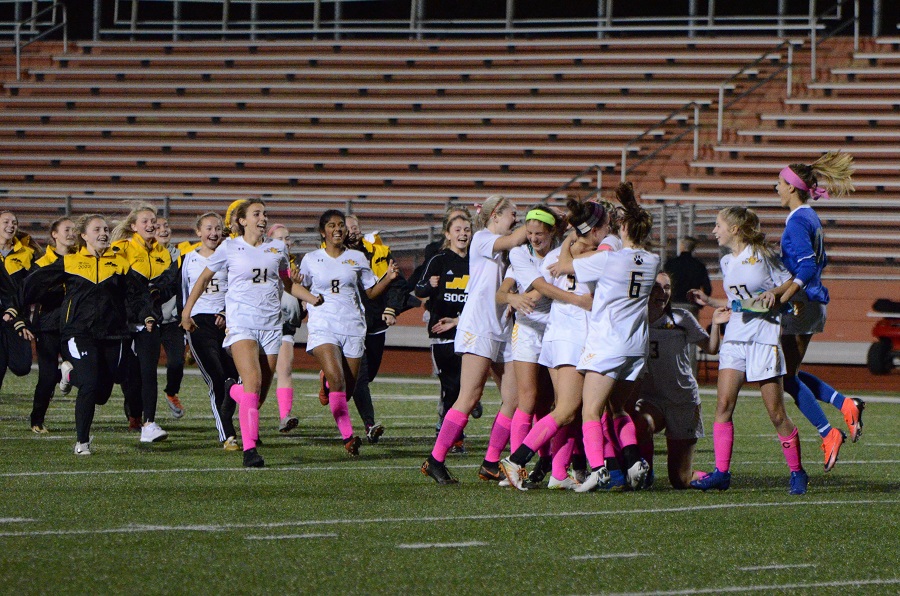 Senior Isabella Pietropola‘s goal in penalty kicks put North Allegheny over the top, giving the Tigers a 2-1 (4-2 PK) win against Peters Township in the WPIAL Semifinals. The Lady Tigers advanced to the WPIAL Class 4A Championship at Highmark Stadium.

Both teams played very well defensively in the first half. There were only six total shots on goal and one corner kick in the entire half. That one corner went to Peters Township and it looked like they were going to break the scoreless tie but defender Tulasi Syamala was able to head the shot attempt away from trouble keeping the game 0-0. The Indians got one final chance on a free kick from 29 yards out but that was also stopped by goalie Madison Vukas, keeping the game scoreless at the half.

North Allegheny came out very aggressive in the second half and it paid off when only three minutes in, Sarah Schupansky got a break away and was able to chip the ball over Peters Township keeper Emma Sawich and into the net. With 37 minutes to play the Lady Tigers had a 1-0 lead. Seven minutes later, Peters Township got a free kick from 20 yards out and Indians senior Hannah Stuck placed a shot beautifully into the top right corner to tie the game 1-1. The defense started to pick up again and 80 minutes wasn’t enough in this one as we were heading to OT.

Emma Bundy and Schupansky both had great opportunities in the overtime period but Sawich was up to the task keeping the game tied and it was time for penalty kicks. 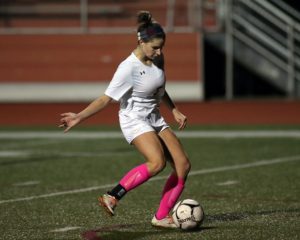 Schupansky, Ava Ruppersburger, Halle Marsalis and Pietropola all scored in the penalty kick round and Vukas stopped two of the four shots she faced giving North Allegheny a 4-2 win in the penalty kick shootout to propel the Tigers to the WPIAL Championship.

Schupansky was the Wright Automotive Player of the Game with a goal in regulation and in penalty kicks and gave the Indians defense fits all night long.

Along with Schupansky, the NA defense and midfield played extremely well. Marsalis and senior Sophia Spano helped anchor the midfield and helped stave off the Indians.

The Tigers improve to 16-2-1 and will take on top-seeded Norwin at Highmark Stadium on Thursday at 6 p.m. That game can be found right here, on the North Allegheny Sports Network.