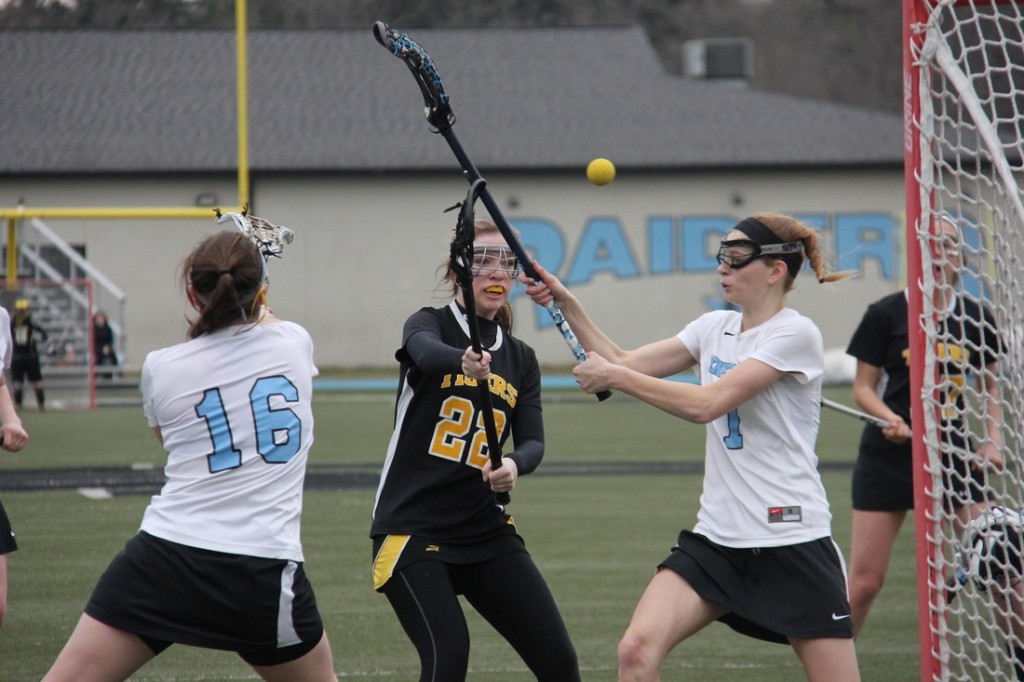 The North Allegheny girls’ lacrosse team fell in the Division 1, Section 2 opener to the Seneca Valley Raiders on Tuesday night by a 16-3 decision. The Raiders were led by Hannah Kendrick who scored five goals, and Lauren Podolec who notched a hat trick.  In all, seven different Raiders scored goals in the game.

Seneca Valley seized control early with three goals in the first 1:32 of the game and built a 4-0 lead midway through the first half.  North Allegheny got on the scoreboard with 12:48 remaining in the half when Abby Washabaugh scored on a free position opportunity to cut the score to 4-1, Raiders. For her efforts, Washabaugh was named the Wright Automotive Player of the Game.

Following Washabaugh’s goal, Seneca Valley scored six unanswered to take a 10-1 lead into halftime.  The Tigers opened the second half with a marker from Nicole Synan to trim the Seneca Valley lead to 10-2.  However, the Raiders responded with five straight goals to invoke the mercy rule.  North Allegheny received one more goal from Abby Fantaski before the game went final.

North Allegheny drops to 0-2 overall and 0-1 in section play.  Seneca Valley opens the year at 1-0 overall and in section action. The Lady Tigers hope to bounce back on Thursday night with a visit to Fox Chapel.