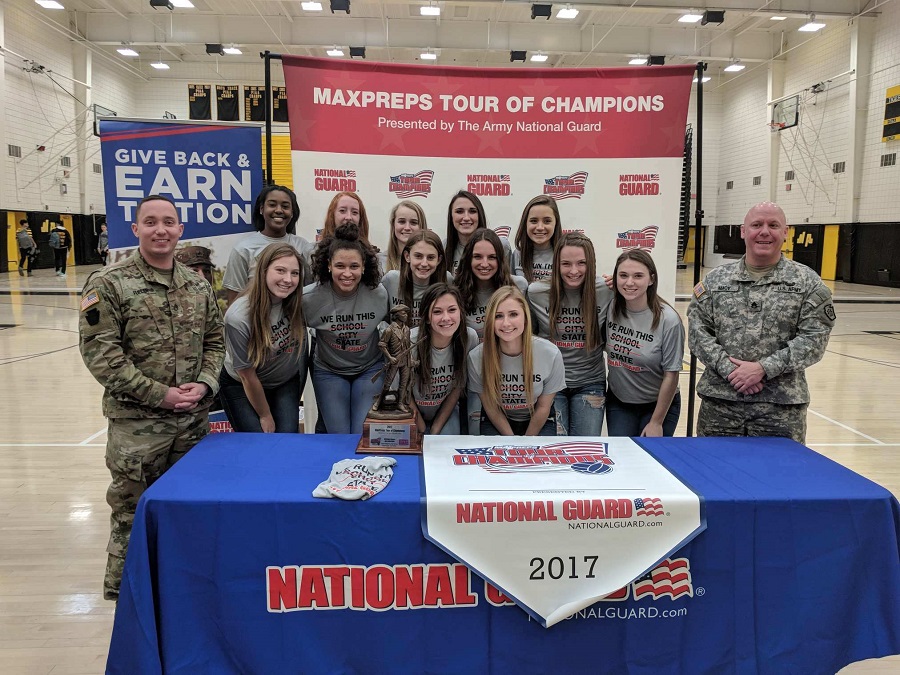 The state champion North Allegheny girls’ volleyball team was recognized today by MaxPreps as one of the top teams in the country and was named to the 13th Annual MaxPreps Tour of Champions by the Army National Guard.

This is one of the most prestigious team awards in all of high school sports and it is an exclusive honor reserved for 100 of the top teams nationwide. In order to be eligible, a team must win a state championship and be highly ranked in the MaxPreps National Rankings. For volleyball, only 10 of the country’s best are invited and with nearly 20,000 competing varsity teams, this puts the Tigers ahead of 99.9 percent of their opponents!

In order to be eligible, the team not only had to be nationally ranked, but also had to win a state championship. Beating Bishop Shanahan 25-21, 25-12, 25-16 on Saturday, Nov. 18 in the PIAA Class 4A state championship contest marked the completion of an incredible 24-0 season — and earned North Allegheny an invitation to the Tour of Champions. 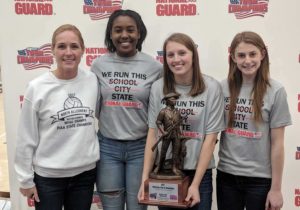 Already up two sets to none over Bishop Shanahan, Avery Tuman, Anna Sprys and Kayla Dinkins went to work to ensure that there would be no Eagle rally. A Tuman kill, a block by Sprys and a couple of Dinkins kills opened up a relatively close third set, and the Tigers went up 20-12. Then, later in the match, a Dinkins slam and a kill and a service ace by Paige Miller secured North Allegheny’s fourth state volleyball title and the first one since 1994. North Allegheny has played its way into seven state title matches over the years.

Heidi Miller’s club slammed its way to an incredible 24-0 record and in the process took home titles from the Upper St. Clair Invitational, the WPIAL and, of course, the PIAA 4A state championship. The Tigers swept opponents in 20 of their 24 matches and lost only six sets all season.

Having won 24 straight matches during the 2017 season, North Allegheny set itself up for some rather high rankings. The Tigers, of course, finished atop MaxPreps Pennsylvania Class 4A rankings and reigned supreme over the rest of the state of Pennsylvania as well. Miller’s championship squad sits 27th in MaxPreps National Computer Rankings and 14th in the Xcellent 25 Writer’s Poll.

These incredible season achievements have earned the North Allegheny Tigers an invitation to the 13th Annual Tour of Champions.