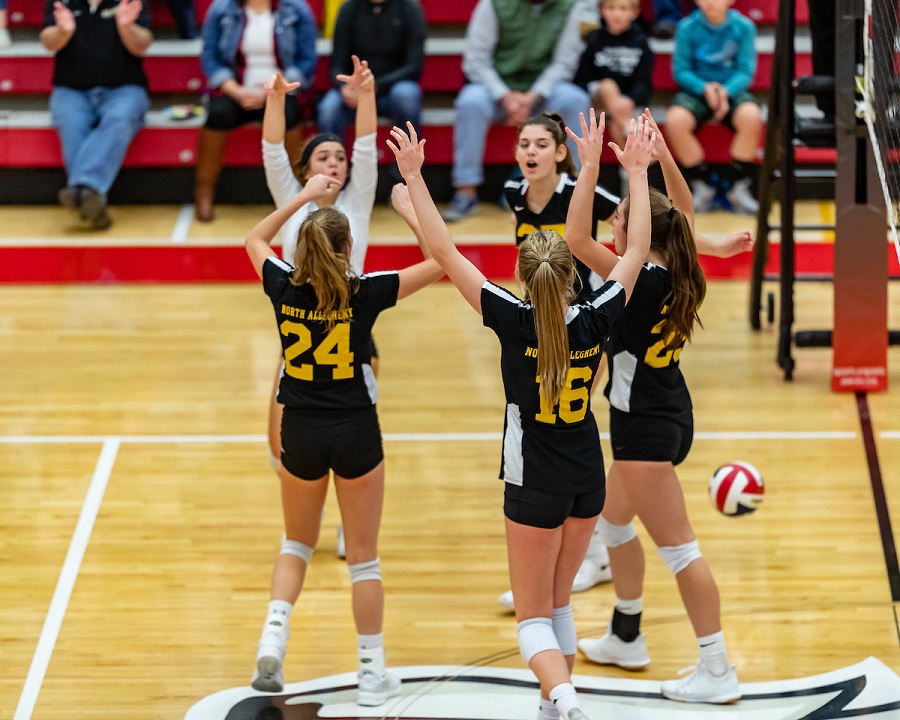 It was a rematch of last year’s PIAA Quarterfinal between North Allegheny and State College and the result was exactly the same, a Tiger victory. The Tigers advance to the PIAA Semifinals for the third straight season sweeping State College, 3-0.

The first set set the stage for the Tigers as they trailed 23-17 but were able to fight back to win the set 26-24. After stealing the first set and taking the momentum from State College, North Allegheny rolled in the second and third sets winning them both by a score of 25-19.

Hannah Phillips paced the Tigers with nine kills, while Abby Miller had seven. Paige Morningstar had six kills and eight digs and for her efforts, earning Wright Automotive Player of the Game honors. Malia Duffy was great in the back line and serving as she had 11 digs and two aces, while Paige Miller had four aces.

State College’s season ends once again at the hands of the Tigers, finishing with a 20-1 record. The Tigers improve to 20-1 and will advance to the PIAA Semifinals where they will take on Landisville Hempfield, the District 3 champion. Hempfield has a 21-0 record and is coming off of a 3-0 victory of their own against Unionville. This game will be Tuesday at a site and time to be determined. You can hear that game right here on the North Allegheny Sports Network.