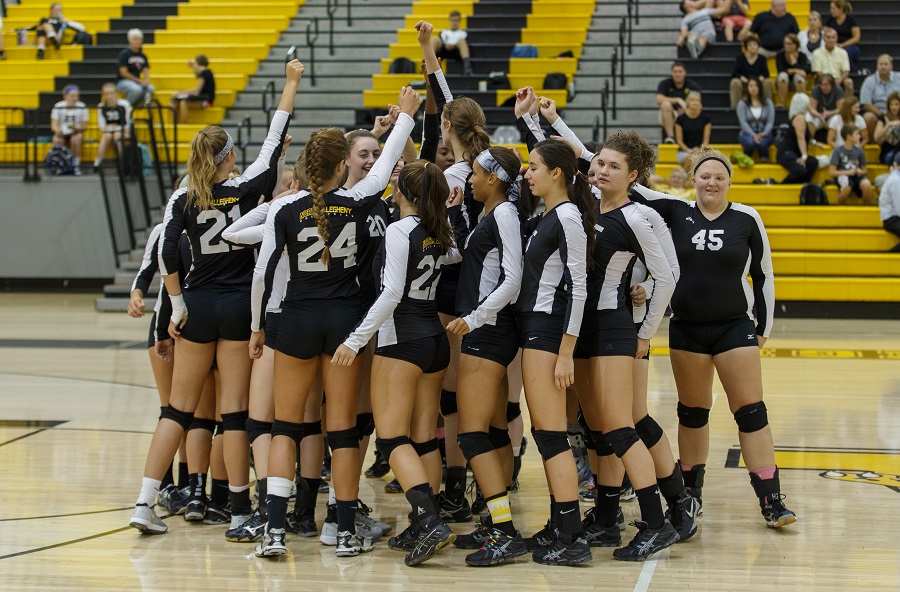 The No. 2 seeded North Allegheny Tigers opened up playoff action on Wednesday night and were hitting on all cylinders, defeating Canon McMillan, 3-0. The Lady Tigers won by set scores of 25-8, 25-13, 25-12.

In the first game with the score tied at 2-2, the Tigers rattled off 12 straight points behind the serving of Erin Carmody and cruised to a first game victory. Lauren Swartz also had five kills and a block in that span.

In game two it was more of the same as Carmody continued her strong serving and Maria Mosbacher had three kills with Mika Logan adding four kills. In game three the Tigers jumped out to a 17-4 advantage and never looked back.

Our Wright Automotive player of the game was senior Beth Muhlenkamp. She had a superb game as the setter on the night plus contributed four kills and two aces.

The Tigers will now move on the quarterfinals and face Armstrong Central on Tuesday night. You will be able to listen to the match right here on the North Allegheny Sports Network.