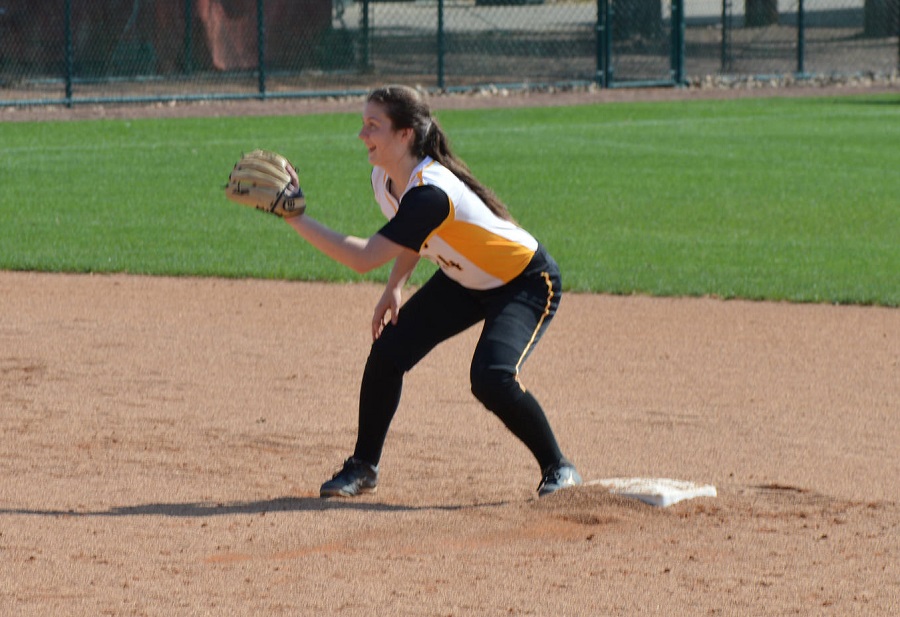 In a battle of Section 3-AAAA unbeatens, the Shaler Titans edged the North Allegheny Tigers on Tuesday afternoon, 2-1, at Hilltop Field. Senior Bri Dobson was the winning pitcher for Shaler and stroked a two-run homer in the first inning which proved to be the decisive hit.

The Tigers dealt the opening blow in the top of the first inning to grab a 1-0 lead. Shannon Hamm reached on an error to start the inning and was sacrificed to second base by Anna Pilotta. Senior Liz Scherer followed with a walk to put two on with one out for Rachel Martindale. The NA freshman smashed a single up the middle that scored Hamm from second base to put the Tigers on top, 1-0. Martindale finished the game with a 2 for 3 day at the plate and added a terrific diving catch in the sixth inning on defense. For her efforts, Martindale was named the Wright Automotive Player of the Game.

Following the Martindale single, Madi Beining reached base on an infield single to load the bases with one out. Dobson buckled down from there and retired the next two batters without allowing a run, keeping the NA lead at 1-0.

In the bottom of the first inning, Jacey Schott led off with a single for Shaler and scored two batters later on Dobson’s two-run homer to left field that gave the Titans a 2-1 advantage. Despite the Dobson home run, North Allegheny starting pitcher Madi Beining kept the Titans on lock down the rest of the game and retired the next 15 batters in a row in a complete game effort.

Dobson, however, matched Beining and did not allow another run for the rest of the contest to hold off the Tigers, 2-1.

With the win, Shaler remains undefeated with a 7-0 record and 5-0 mark in Section 3-AAAA. North Allegheny sits at 6-1 overall and 3-1 in the section. The Tigers look to return to the win column on Thursday night with a home game against the North Hills Indians at 7:00 pm. The game will be broadcast live via the internet on the North Allegheny Sports Network.