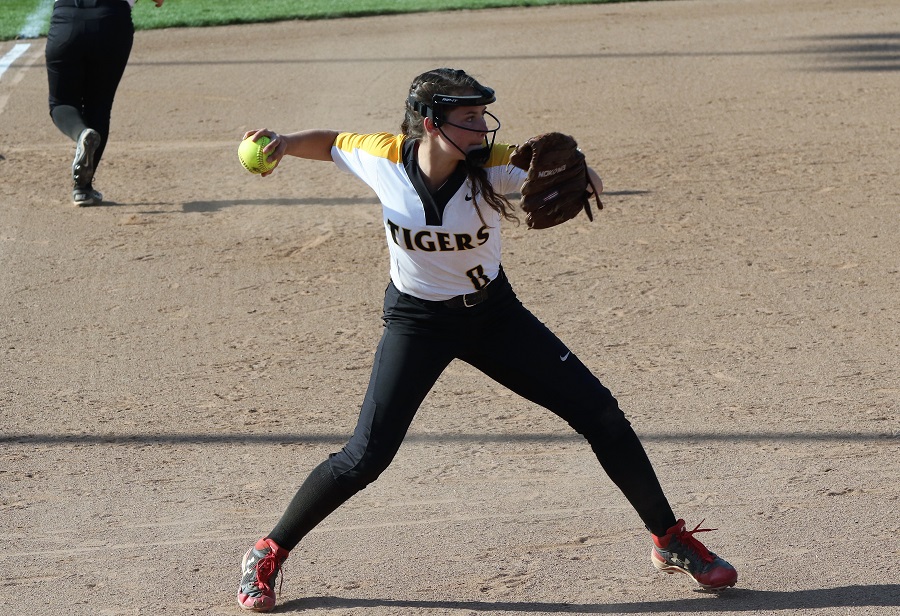 On Wednesday afternoon, the North Allegheny Varsity Softball Team travelled to Upper Saint Clair for a non-section contest and returned with their twelfth win of the season by earning a 12-3 decision over the Panthers. USC struck first with a two-run bottom of the first, but NA answered loudly in the top of the second by tallying six runs to take a lead that was never relinquished. USC added a run in the fourth, but NA scored four in the sixth and two in the seventh to arrive at the final total.

Junior Brooke Serbin went all seven innings to pick up the win, while Daniel Orendi took the loss in the circle. Offensively, senior Shannon Hamm led the Tigers with a 3-for-5 performance that included three RBIs. Sophomore catcher Lauren Harris also had a strong 3-for-4 day and also made a spectacular catch of a pop foul for the Tigers. Junior third baseman Regan Brodine also doubled for NA.

The win raises North Allegheny’s overall record to 12-6 while maintaining their 8-1 record in Section 3-6A. The Section Champion Tigers will have their Senior Night festivities on Thursday evening at NASH Field, weather permitting, with the first pitch of the game vs. North Hills scheduled for 7:00 PM.