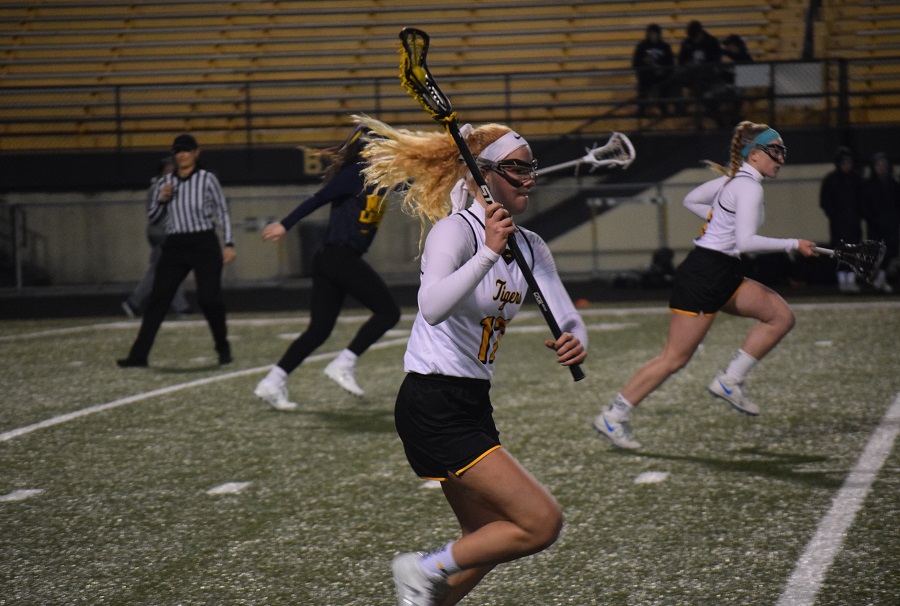 Facing a top-five ranked team for the third straight game to start of the young 2019 season, the North Allegheny Tigers beat the Peters Township Indians in a shootout, 22-14, on Friday night in a non-section game at Newman Stadium.

The Indians entered the night ranked No. 2 by the Pittsburgh Post-Gazette, but it was the Tigers who played like the favorites and opened up a seven-goal lead in the first half. North Allegheny stormed out of the gates for an 8-1 lead and held a 12-5 advantage by halftime.

Peters Township attempted to rally in the second half but could trim the deficit no closer than four goals, trailing 13-9 with 18:21 remaining. Junior Mackenzie Lehman led the Indians with four goals in a losing effort.

With the win, North Allegheny improves to 2-1 overall following a tough opening week of non-section action. The Tigers will host fourth-ranked Fox Chapel on Monday night in their first section game of the season. The contest will be broadcast live via the internet by the North Allegheny Sports Network.