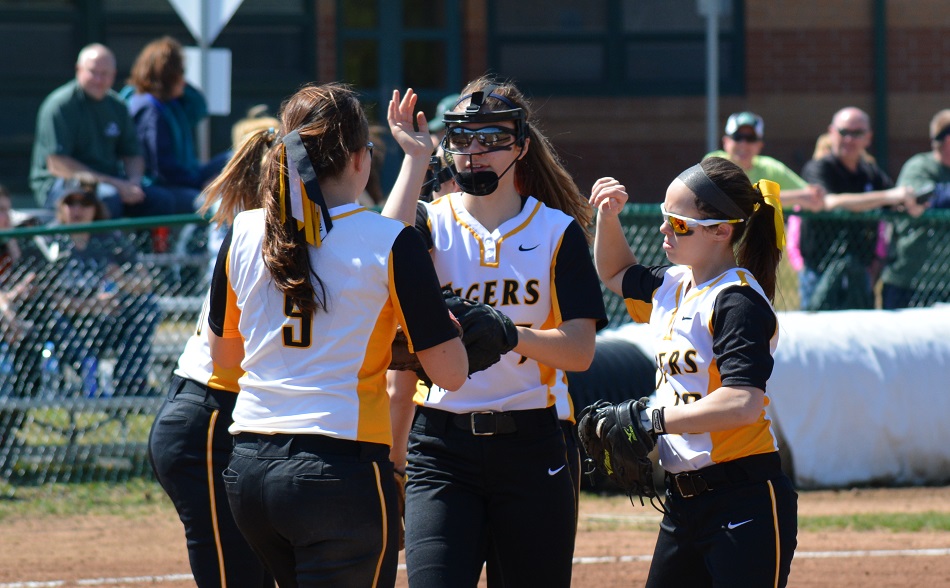 The North Allegheny varsity Softball team traveled to Hempfield on Wednesday afternoon and came home with a 13-3 six-inning victory behind the complete game pitching effort of sophomore Madi Beining and an eleven hit offensive attack highlighted by an eight-run sixth inning.

The Spartans struck first in the bottom half of inning number one by plating three runs on three hits, highlighted by a two-run home run by designated player Michaela LeDonne.  From that point, Beining pitched shutout ball while allowing only four additional hits the rest of the way.

The Tigers scored a run in the top of the second inning and four in the top of the third to take a 5-3 lead.  The score remained 5-3 until NA exploded for eight sixth-inning runs to open a ten-run advantage.  The inning featured five Tiger hits, three walks, and two Spartan errors. Hempfield went out one-two-three in the bottom of the sixth to end the game.  North Allegheny featured a balanced offense with contributions throughout the lineup.  Although there were no extra base hits aside from LeDonne’s home run, NA took advantage of scoring opportunities to earn the victory.

With the win, North Allegheny raised its overall record to 11- 2, with a 7-2 mark in Section 3AAAA.  The Tigers will host Greater Latrobe on Thursday evening at 6:00 PM.  The game will be preceded by Senior Night festivities, which will begin at approximately 5:10 PM.