NA Edged By Pine-Richland In Overtime, 8-7 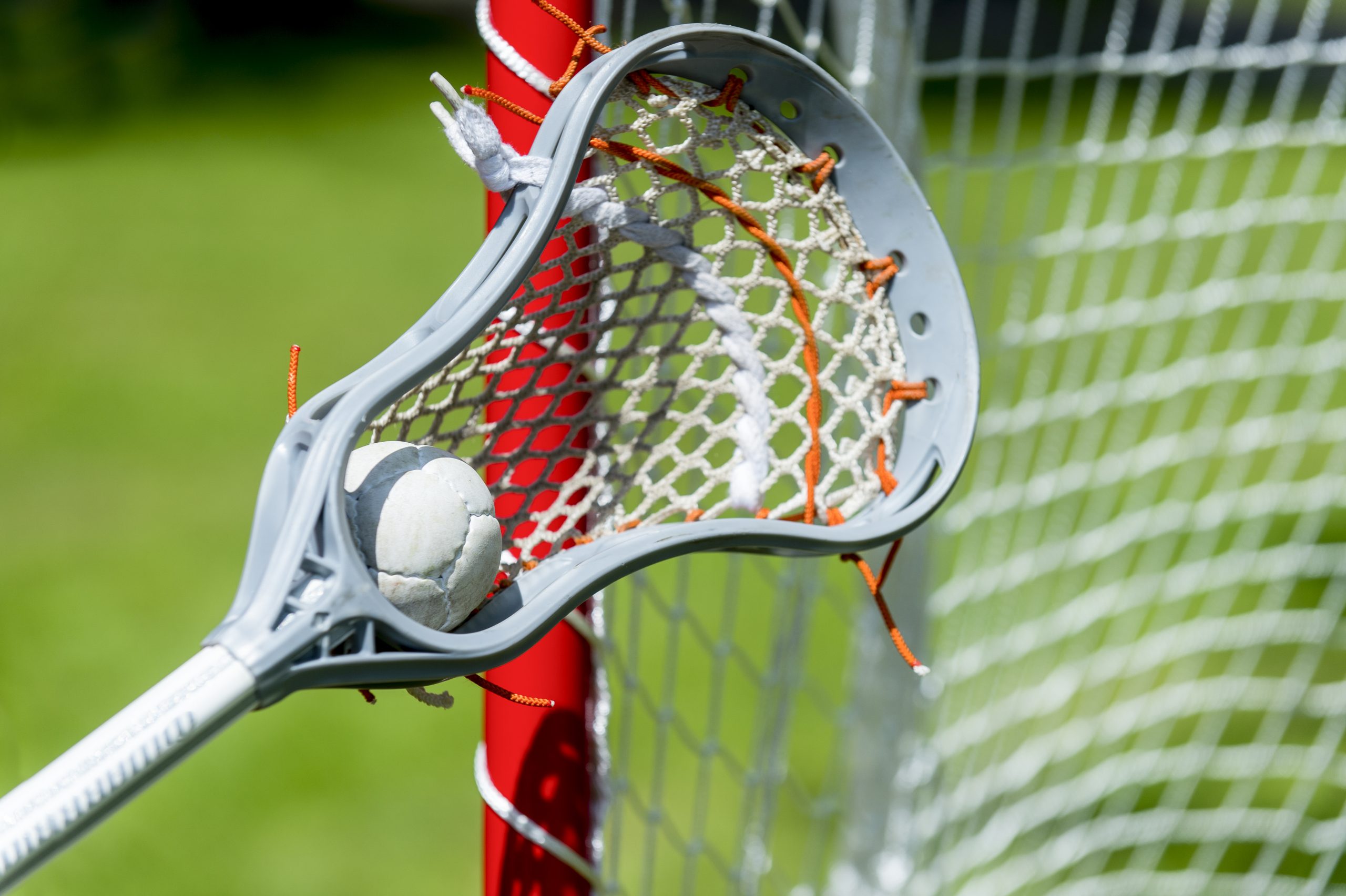 The North Allegheny boys’ lacrosse team staged a furious fourth quarter rally to force overtime on Monday night. However, Pine-Richland scored the game-winning marker in the extra session to hand the Tigers their first section loss of the season, 8-7.

Trailing 6-2 after three quarters, North Allegheny’s offense came alive in the final stanza. Junior attack Cole Bordo sparked the comeback with a goal 1:52 into the fourth quarter, followed just 15 seconds later by Jonah Hawrylak, who cut the deficit to 6-4.

Pine-Richland kept NA off the scoreboard for the next six minutes and appeared to put the game out of reach with just 3:38 remaining with a goal for a 7-4 advantage. Undaunted, the Tigers fired back immediately with three goals in a span of 55 seconds to even the score. With 1:32 remaining, a tally by senior Sean Metcalf trimmed the score to 7-5, Rams. Back-to-back goals in quick succession by Ben Rohan and Christian Tedder deadlocked the game at 7-7 apiece with 37 seconds remaining in regulation. Both Rohan and Tedder finished with two goals on the night.

Despite NA’s late heroics, Pine-Richland managed to escape with the home victory in Gibsonia.

Following the loss, North Allegheny’s second straight in overtime, the Tigers dip to 6-3 overall and 4-1 in Section 2-AAA. The Tigers are slated to visit Butler on Tuesday night at 7:00 p.m.

Playing in its second and third games in a span of 17 hours, North Allegheny boys’ lacrosse team split a doubleheader on Saturday. In game one, the Tigers rolled to a 17-1 Section 2-AAA victory over the Allderdice Dragons at Newman Stadium before falling at Mt. Lebanon in double overtime, 7-6, in non-section action.

Against the Dragons, the Tigers struck early as Cole Bordo opened the scoring with a tally just 43 seconds into the game. Just over a minute later, Christian Tedder made it 2-0 and the rout was on. Andrew Myers netted the next three goals for a natural hat trick to make it 5-0, North Allegheny. The Tigers ended the half with a 13-0 lead.

Touching the scoresheet for the Tigers, Griffin Lynch scored twice, Jonah Hawrylak scored two in the half and three on the day. Marc Bartolomucci scored once and also added four assists, while Wesley Sprys added a goal.  Also scoring for the Tigers were Cayden Escola and Adam Gould. Bartolomucci was named the Wright Automotive Player of the Game for his performance.

Game two pitted two perennial championship contenders for a back-and-forth battle in the south hills. In a low-scoring first half, North Allegheny held a 2-1 lead on goals by Bordo and Ben Rohan. The Blue Devils netted three straight goals to take a 4-2 lead with 2:45 remaining in the third quarter.

Undaunted, the Tigers rattled off three straight goals, one by Tedder and two by Bordo, to grab a 5-4 lead with 9:52 to play in the fourth quarter. The game seesawed again on back-to-back Mt. Lebanon goals for a 6-5 advantage with 6:50 left in the fourth one. ML attempted to stave off North Allegheny in the remaining minutes but Bordo notched his fourth goal of the game with just 37 seconds in regulation to force overtime. Following a scoreless first overtime, Mt. Lebanon’s Brodie Campbell scored in the second OT to propel the Blue Devils to a 7-6 win.

Following the day’s events, North Allegheny sits at 6-2 overall and 4-0 in the section. The Tigers will visit Pine-Richland on Monday night at 7:30 p.m. in Section 2-AAA action.

The Tigers and Raiders traded goals in the first quarter to the tune of a 3-3 tie before North Allegheny unleashed for nine unanswered goals to gain command of the contest. With game deadlocked 3:09 remaining in the opening stanza, senior Andrew Myers scored his second of three goals on the night nearly a minute later to give the Tigers a lead they would never relinquish. Up 4-3, sophomore Marco Pascarella added marker just 10 seconds after the Myers goal for a 5-3 lead at the end of one quarter.

Following the first quarter, it was all North Allegheny with two goals in the second, four in the third and one more in the fourth. Seneca Valley tallied a meaningless goal with 2:40 remaining in regulation to bring the final score to 12-4.

North Allegheny improves to 5-1 overall and 3-0 in Section 2-AAA. The Tigers will play a doubleheader on Saturday with a 9:30 am home contest against Allderdice and a 2:00 pm road affair with Mt. Lebanon in non-section play. The game with Allderdice will be broadcast live by the North Allegheny Sports Network.

The North Allegheny boys’ lacrosse team rallied from an early two-goal deficit for a 12-8 victory at Bethel Park on Friday night.

The Tigers trailed in the non-section contest, 4-2, after one quarter of play. However, an outburst of five goals in the second quarter helped NA grab a lead it would never relinquish. To open the second quarter, Ben Rohan, Marc Bartolomucci and Nick Eck all scored to give NA a 5-4 lead with 3:05 remining in the first half. A goal by Bethel Park’s Kelton Kramer just 10 seconds later tied the game at 5-5 but the deadlock was short-lived thanks to back-to-back goals by Eck to close the half and NA led, 7-5.

In the second half, the Tigers kept the Black Hawks at arm’s length and pulled away for a 12-8 win. Eck paced the offense with a total of five goals, followed by Bartolomucci who posted a hat trick. Rohan and Evan Lyon each scored two goals each. Sophomore goalie Beck Taucher got the start in net for the Tigers and earned the victory.

For Bethel Park, Kramer and Justin Wodarek tallied four goals each to account for all eight of the Black Hawks’ goals.

North Allegheny jumps to 4-1 overall with the non-section win. The Tigers will visit Thomas Worthington in Ohio on Sunday at 2:30 p.m. for tough tune-up game before returning to section play next week.

The North Allegheny boys’ lacrosse team rebounded from a loss to Mars last week with a lopsided victory over the Central Catholic Vikings on Wednesday night, 14-2.

The Tigers asserted their dominance from the very start, scoring just 1:04 into the game on a marker from Jonah Hawrylak. It was the first of seven goals on the night from the NA senior attack as Hawrylak earned Wright Automotive Player of the Game honors.

Following Hawrylak’s second goal at the 4:23 mark of the first quarter, senior Wesley Sprys scored to make it 3-0, Tigers. Sophomore Marc Bartolomucci netted back-to-back goals to end the first quarter for a 5-0 lead.

Junior Ryan Barry, who won all but one faceoff on the night, scored at the 2:35 mark of the second quarter to expand the NA advantage to 6-0. An unreleasable illegal stick penalty on NA at the end of the period seemingly gave Central Catholic a breath of momentum, especially when John Blount scored a man-up marker with just 2:15 remaining in the half. However, Hawrylak struck again for NA for a man-down goal with just 33 seconds left before intermission for a 7-1 lead.

North Allegheny turned the game into a full-fledged route in the third period with a six-goal outburst. Hawrylak tallied three goals in the quarter and senior attack Nick Eck posted a natural hat trick for a 13-1. Hawrylak scored one more in the fourth quarter for a 14-1 lead before Blount closed out the scoring for Central Catholic with 1:00 left, bringing the final score to 14-2, Tigers.

With the win, North Allegheny improves to 3-1 overall and 2-0 in Section 2-AAA. Central Catholic dips to 4-3 overall and 1-2 in the section. The Tigers will visit Bethel Park on Friday night for a non-section fray.