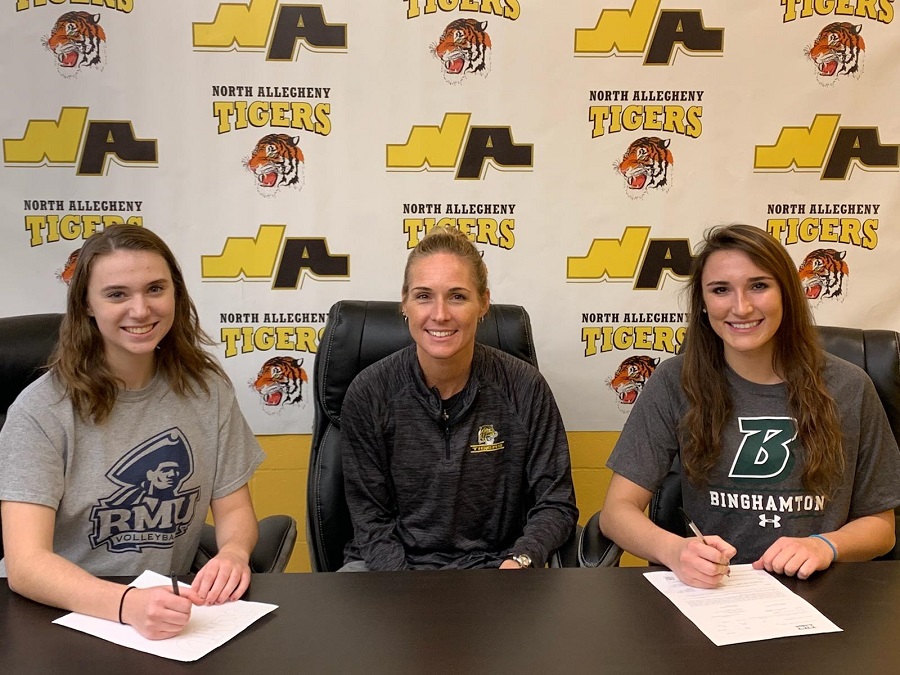 North Allegheny seniors Allena Carmody and Anna Sprys signed their letters of intent on Wednesday to continue their volleyball and academic careers at the Division I collegiate level. Carmody made her commitment to Robert Morris University and Sprys signed on to play at Binghamton University in New York.

Both players have been valuable contributors to North Allegheny’s run as two-time WPIAL Class AAAA champions and reigning PIAA champions. Winners of 46 matches in a row, Carmody and Sprys will lead the NA Volleyballers into the state title match on Saturday for a chance to win a second straight PIAA crown.

Carmody is an outstanding libero and Big 56 Conference first-team all-section selection. She was also chosen second-team All-WPIAL in Class AAAA. Carmody is a member of the National Honor Society and will major in Actuarial Science at RMU.

A terrific middle hitter for the Tigers, Sprys earned Big 56 Conference first-team all-section and first-team All-WPIAL laurels. Sprys will be a Pre-Med major at Binghamton.

Both players are pictured above with North Allegheny head coach Heidi Miller.