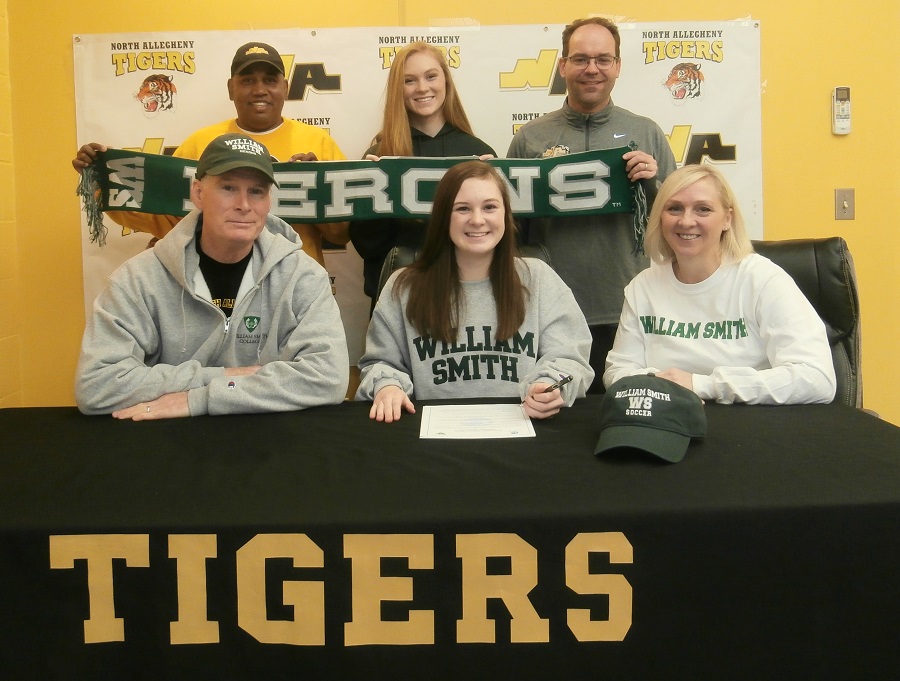 North Allegheny senior Ava Ruppersberger signed her letter of intent on Tuesday to continue her soccer and academic career at William Smith College in Geneva, NY. The William Smith Herons are one of the top NCAA Division III women’s soccer programs in the country and reached the national championship game this past fall. William Smith finished the year with a 21-2-1 record and finished No. 2 in the nation in the final United Soccer Coaches and D3soccer.com polls.

It was a successful 2019 season for both William Smith and Ruppersberger, who helped North Allegheny to an 18-3-1 season and a WPIAL championship. Ruppersberger ranked third on the team in scoring with nine goals, including a game-winning marker against Cumberland Valley in the PIAA first round. She also netted a penalty kick shootout goal in an overtime win over Peters Township in the WPIAL semifinals. With an outstanding senior campaign, Ruppersberger received All-WPIAL laurels and was named first-team all-section by the Big 56 Conference for a third consecutive season.