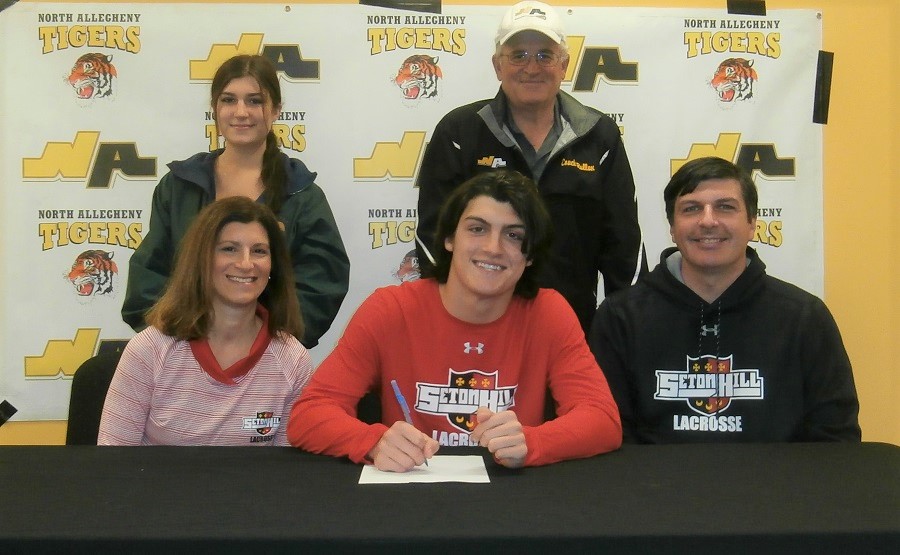 Rohan made valuable contributions as a sophomore midfielder in 2019 and is expected to be a significant member this spring for a Tigers program that perennially challenges for a WPIAL title.

A talented multi-sport athlete, Rohan was also a starting linebacker for the North Allegheny football team this past fall. He finished second on the defense with 23 tackles. As a junior on the gridiron, Rohan posted 40 tackles for the Tigers and one interception return for a touchdown against Butler.

Rohan will join a Seton Hill men’s lacrosse program that has been one of the most consistent and competitive in the Great Midwest Athletic Conference. The Griffins have won two G-MAC titles in the last three seasons and were off to a perfect 6-0 start to the 2020 season before the schedule was postponed.

Rohan is undecided on his major at Seton Hill University. He is pictured above with his parents Kevin and Tish Rohan, his sister Emelia Rohan and North Allegheny head coach John Rullan.