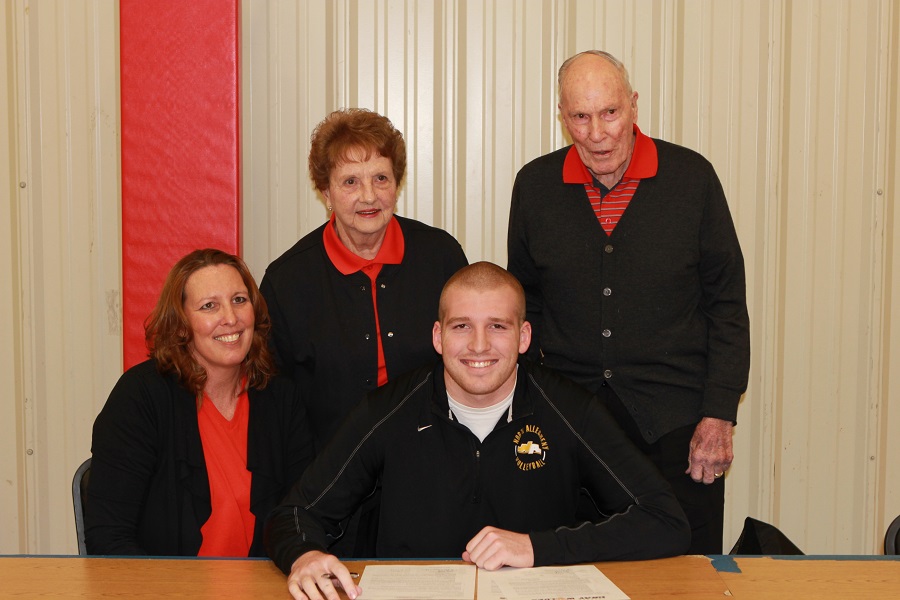 North Allegheny’s Brendan Brown has signed a letter of intent to play men’s volleyball for the Lourdes University Gray Wolves beginning with the 2015 season. Located in Sylvania, Ohio, Lourdes is an NAIA school in the Wolverine-Hoosier Athletic Conference.

Brown, a senior, is a middle blocker on a North Allegheny Boys Volleyball Team that is vying for its eighth consecutive WPIAL title. The Tigers are also the reigning PIAA champions.

“We are very happy to sign Brendan,” Lourdes head coach Greg Reitz stated.  “He is a strong athlete with a lot of experience in the middle of the court.  He will add to our depth in that position and possibly others.  I look for him to be competing for time on the court early in his career.”

Brown was a member of the Tigers state championship team in 2013 that finished the year a perfect 21-0.  He earned First Team All-State honors in addition to All-District accolades, leading the team with 132 blocks.  As a junior, Brown led the team with a .472 hitting percentage.  He ranks seventh in school history for career hitting percentage as well as ninth all-time in blocks.

Brown anticipates majoring in marketing upon his arrival at Lourdes.