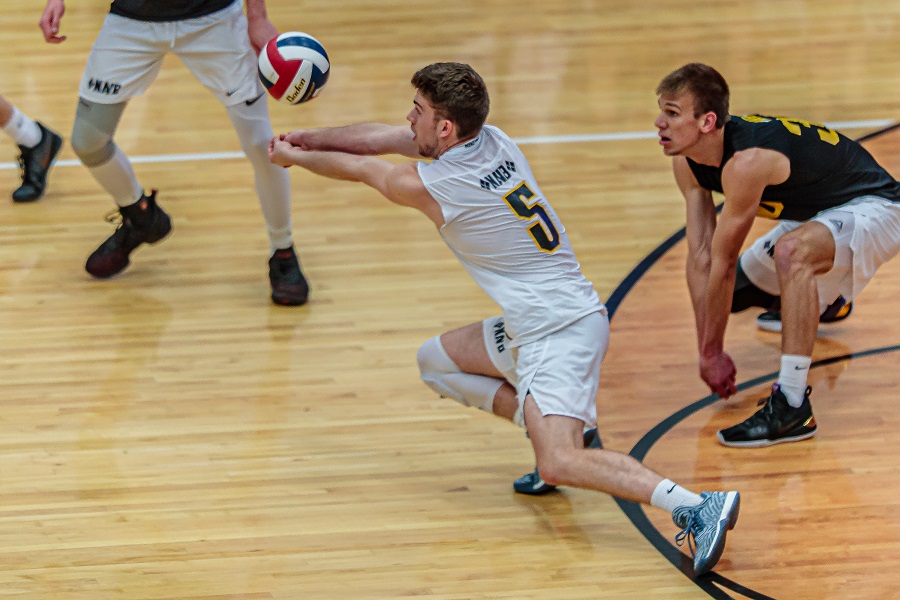 NA Digs Out Win Over Latrobe To Return To WPIAL Championship

The North Allegheny boys’ volleyball team advanced to the WPIAL Class AAA championship game for the third straight season with a 3-1 victory over Greater Latrobe on Tuesday night at Fox Chapel High School. The two-time reigning WPIAL champions defeated the Wildcats by set scores of 25-15, 25-16, 22-25 and 25-16.

Tuesday’s WPIAL semifinal meeting between NA and Latrobe was their first since the Tigers swept the Wildcats in the first round of the 2015 playoffs. Coming off their first section championship since 2008, Latrobe played tight with NA and were tied 6-6 in the opening set. The Tigers didn’t take long to gain command thanks to the big swings of Drew Hunker and Alex Zubrow, who combined for eight kills and two aces in the set. North Allegheny pulled away for a 25-15 win. Zubrow finished with 11 kills and a team-best eight blocks.

Set two played out in similar fashion with the scored tied 12-12 before the Tigers seized control. Senior Jeremiah Zemet delivered three kills and two blocks as NA scored 13 of the last 17 points in the set for a 25-16 win. Zemet finished the night with eight kills and seven blocks.

Latrobe was able to finally break through with an emotional third set. Spirited play from seniors Alex Ryan and Reed Fenton, who combined for seven kills, led the Wildcats to a 25-22 win in set three.

Despite the hiccup, it was back to business as usual for the Tigers in set four as NA raced out to an 8-1 lead. Hunker continued to deliver timely kills on his way to a team-high 18 on the night. Hunker and the Tigers closed out set four with a 25-16 victory.

Senior setter Sava Topich produced a team-best 47 assists and eight digs. Senior libero Trevor Treser posted a team-leading 31 digs to continue his outstanding 2019 campaign, which is one of the best in NA history. For his efforts, Treser was selected as the Wright Automotive Player of the Match by the North Allegheny Sports Network.

North Allegheny improves to 18-0 overall with their 41st consecutive win. The Tigers will take on Bethel Park in the WPIAL Championship on Thursday night at 8:00 p.m. at Fox Chapel High School.