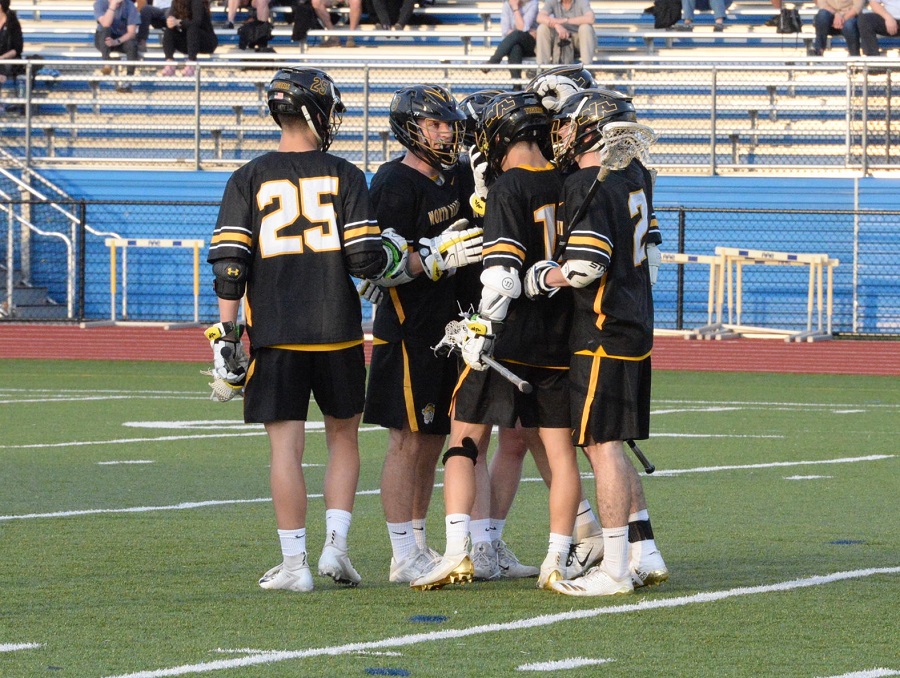 In a well-played contest in the MSCLA Tournament finals, Cathedral (IN) scored in the final minute of the game to edge the North Allegheny boys’ lacrosse team, 12-11. The Tigers trailed 8-5 at the half but rallied back to tie the game in the fourth quarter. However, Cathedral’s last-minute heroics spoiled NA’s comeback bid.

Highlighting the score for North Allegheny were two-goal performances from Isaiah Davis, Ben Maenza, Matt Osten and Nick Eck. Eck’s goal with just over two minutes to play had tied the game at 11-11. Also scoring goals for the Tigers were Kyler Byerly, Jack Kairys and Judd Powell.

With the loss, North Allegheny slips to 13-3 on the season. The Tigers have the top-seed in the upcoming WPIAL Class AAA playoffs and will host a quarterfinal game on Wednesday night at 8:00 p.m. The game will be broadcast live by the North Allegheny Sports Network.