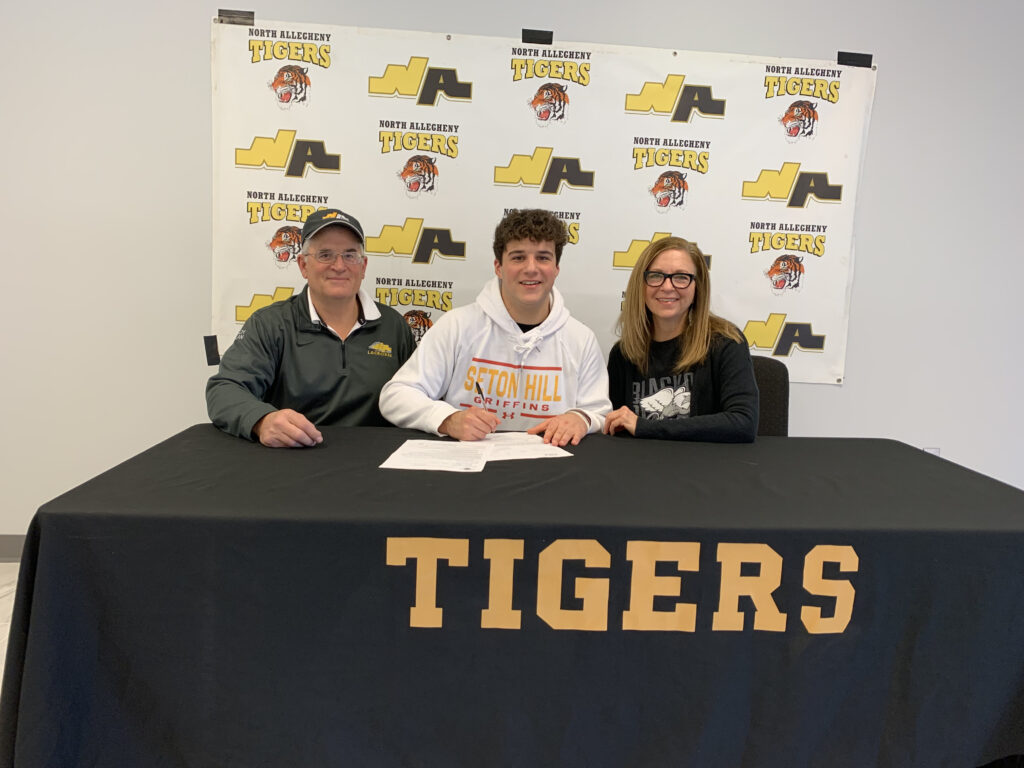 North Allegheny senior lacrosse player Cole Bordo has signed his letter of intent to continue his academic and athletic career at Seton Hill University next season.

Bordo was a part of a North Allegheny boys’ lacrosse team that had a 14-5 record and won the program’s second WPIAL Championship. The team also won it’s first state playoff game since 2013.

Bordo led the Tigers in scoring with 33 goals including one in the WPIAL Championship win against Shady Side Academy and two in the state first round victory against McDowell. He was also second on the team in assists with 22 and had 33 ground balls.

Bordo will join a Seton Hill program that competes in the Great Midwest Athletic Conference. Bordo is planning on studying Nutrition and Dietetics at Seton Hill. He is pictured above with his mother Debby and North Allegheny head lacrosse coach John Rullan.