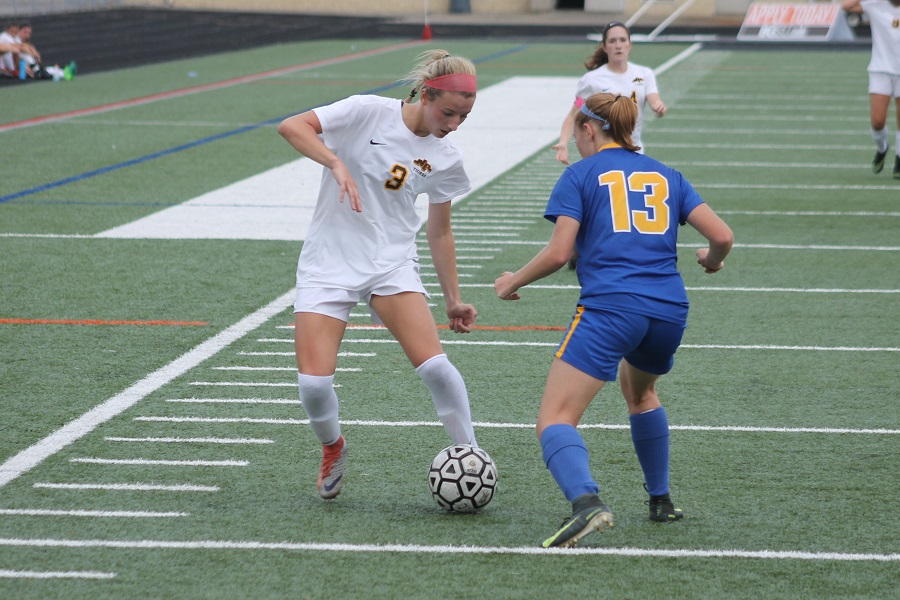 North Allegheny sophomore Emma Bundy has tabbed Duquesne University as her choice to play collegiate soccer. Duquesne head coach Al Alvine offered Bundy a full scholarship to play for the Dukes in 2020. Bundy will follow in the footsteps of former North Allegheny standout Maddie Layman who played at Duquesne from 2013-2016. Layman scored nine goals during her four-year career with the Dukes, was named to the 2013 Atlantic 10 All-Rookie Team and assisted on the game-winning goal in the 2015 A-10 championship game.

With still two more years left as a Tiger, Bundy has so far helped North Allegheny to an 11-6-1 record this season and an appearance in the WPIAL quarterfinals. Bundy is currently tied for the team lead with 11 goals on the year, along with junior Alex Adams who also has 11 goals.