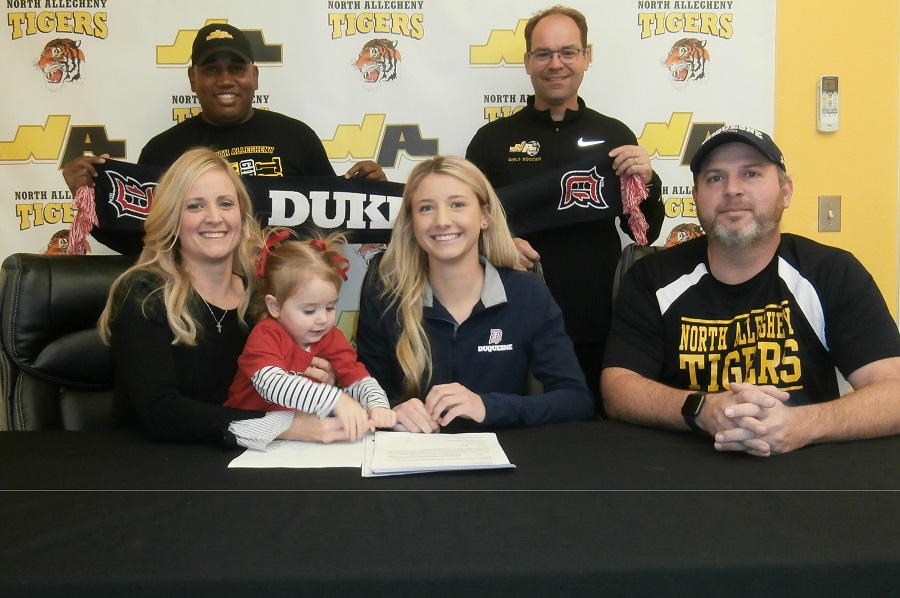 Bundy is one of four Tigers to recently be named All-WPIAL by the Western Pennsylvania Soccer Coaches Association. She was also named first-team all-section by the Big 56 Conference for a third consecutive year.

Bundy netted 10 goals on the season during the 2019 season, good for second best on the team.

With the help of Bundy, the Tigers had their best season in program history. North Allegheny went 18-3-1 and earned its first undefeated section championship along with its first-ever WPIAL crown.

She is pictured above with her parents John and Nicole Bundy, sister Poppy, assistant coach Allesandro Moreira and head coach Chuck Kelley.