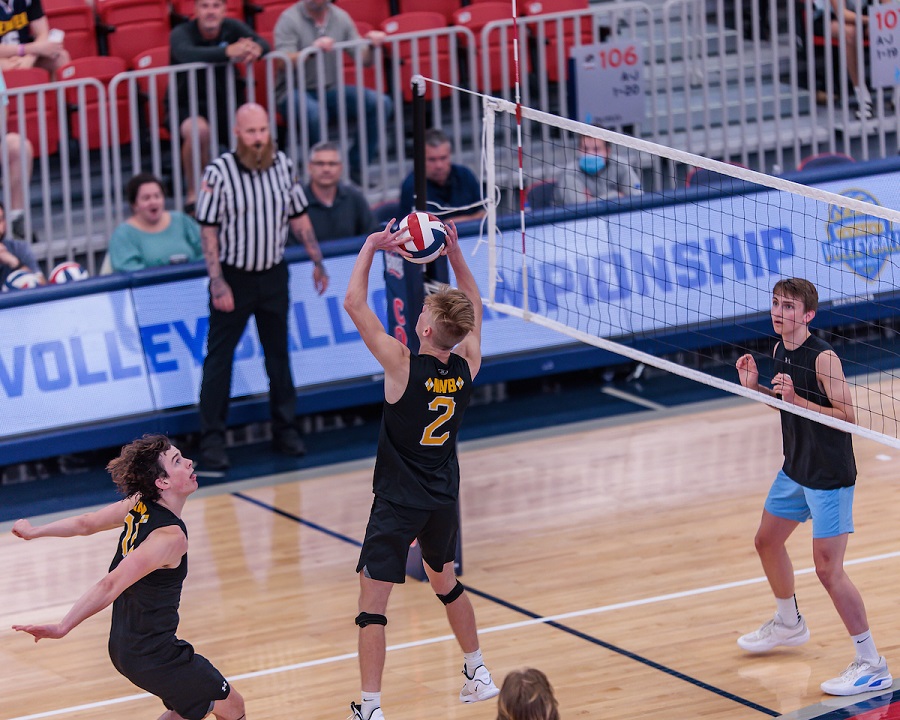 Five members of the North Allegheny boys’ volleyball team have been named to the Class AAA All-WPIAL Team for the 2022 season, including senior setter Caleb Schall, who earned Co-Most Valuable Player honors for the second consecutive season.

All of these athletes played key roles in North Allegheny’s fifth consecutive WPIAL Class AAA championship and 14-1 record this season. The Tigers will vie for a fourth consecutive state title beginning on Tuesday night in the PIAA first round. 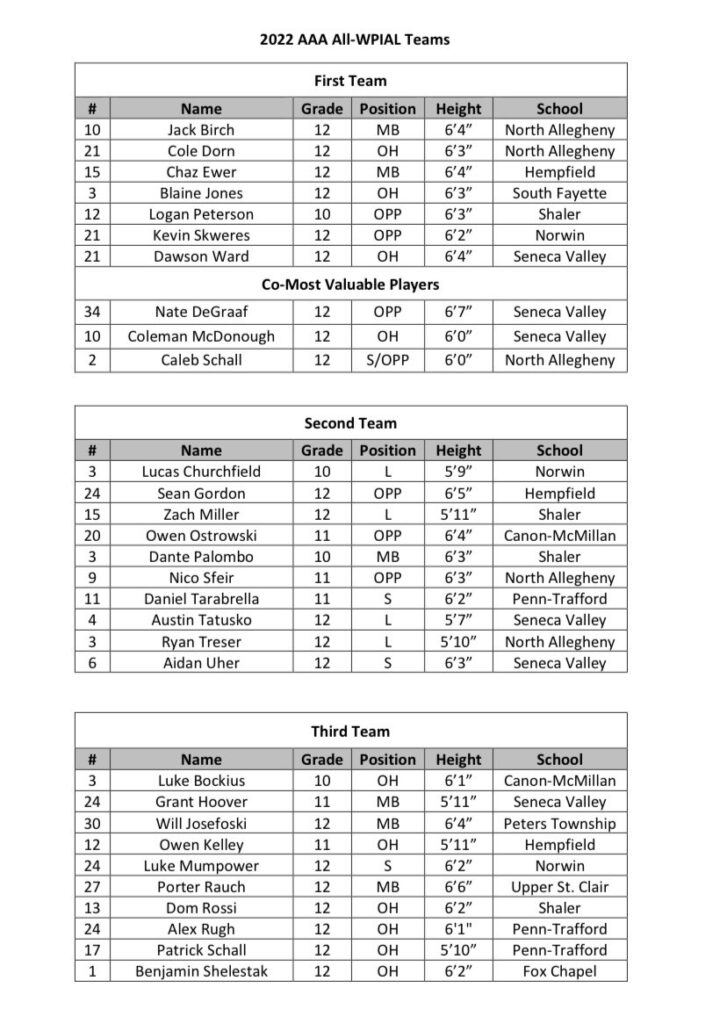