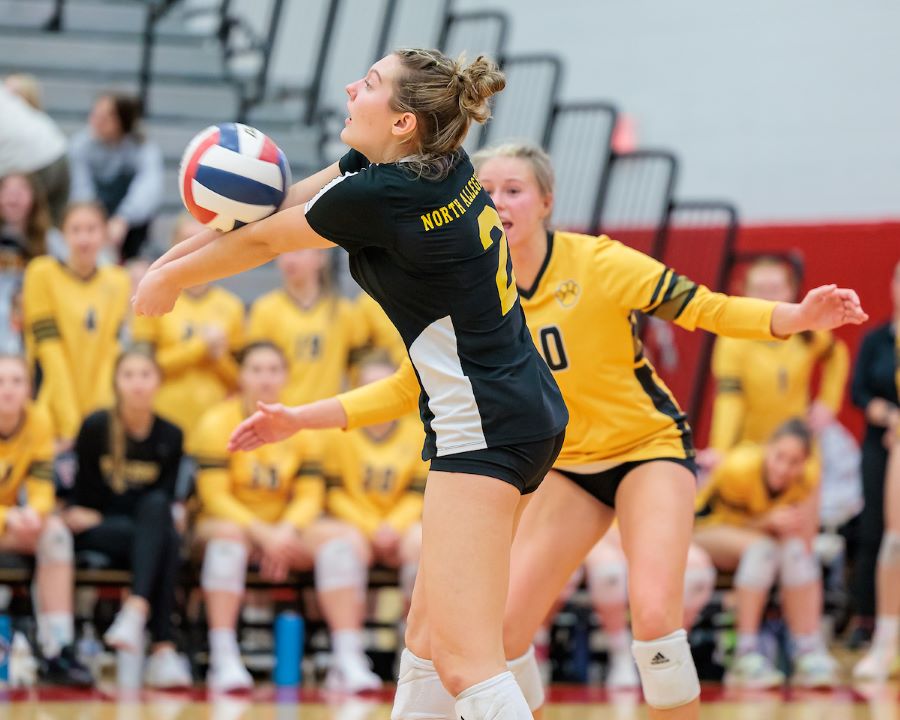 Five members of the North Allegheny girls’ volleyball team have been named All-State by the Pennsylvania Volleyball Coaches Association (PVCA) in Class 4A.

Tuman is a three-time all-state honoree and led the Tigers in assists (841), aces (70) and blocks (64). She also finished second on the team in digs (287) and third in kills (171). The Ohio State commit was recently named the Pittsburgh Post-Gazette’s Girls Volleyball Player of the Year for the second consecutive season.

Curran is a two-time all-state selection and paced the six-time state champions in digs (287) and finished second on the squad in both aces (34) and assists (64). Curran is headed to Ohio University next season.

Deeter, Treser and Zimmer each appear on the all-state list for the first time in their careers and all were integral in North Allegheny’s success this season. Treser overpowered opponents with a team-best 246 kills, followed closely behind by Deeter with 233 kills. Zimmer was a sparkplug in the middle with 148 kills and 57 blocks, which was good for third-best on the squad. Deeter added 213 digs and 37 blocks, while Treser tallied 103 digs and 30 blocks. Deeter is committed to Seton Hill University and Treser will play collegiately at Gannon University.