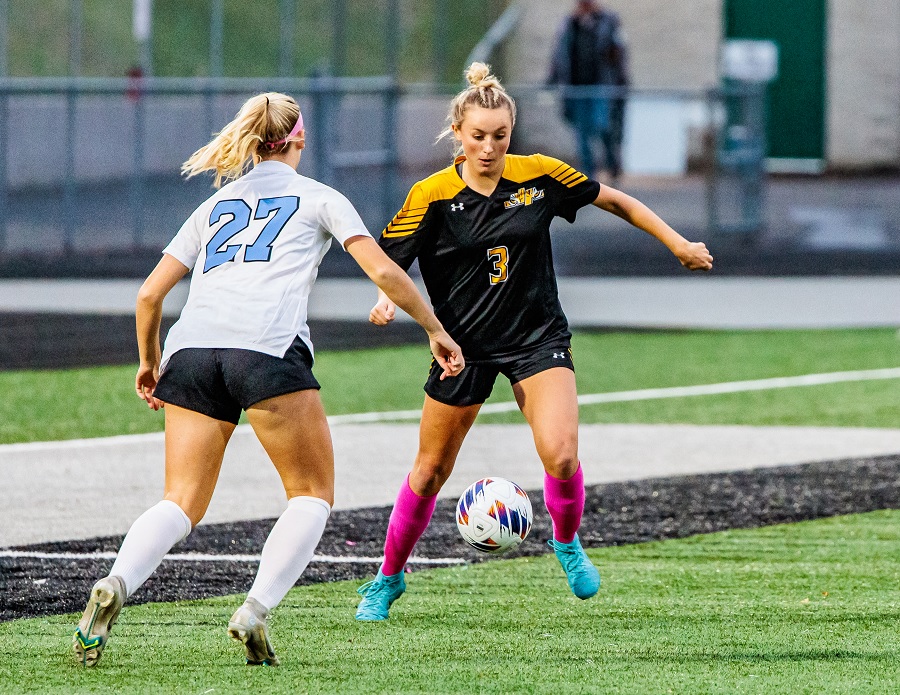 Bundy, a Duquesne University commit, has scored eight goals this season and Palermo, a Slippery Rock University commit, has netted three goals on the campaign. Palermo is often designated for free kicks and corner kicks because of her powerful right leg. It’s the second consecutive year Palermo has received All-WPIAL honors.

Wells, a University of Pittsburgh commit, finds herself on the All-WPIAL list for a third straight year and is the team leader in goals with 27 on the season. Wells is also North Allegheny’s all-time leader in goals scored with 77 for her career.

Stager, a University of Kentucky recruit, is second on the team in scoring with 16 goals. She has netted 31 markers in her high school career. For a look at the entire list of All-WPIAL players courtesy of Trib HSSN, click here.

All four players have been instrumental in North Allegheny’s outstanding 19-1 season. The Tigers will take on Peters Township on Thursday night in the WPIAL Class 4A championship at 8:00 p.m. from Highmark Stadium in Pittsburgh.