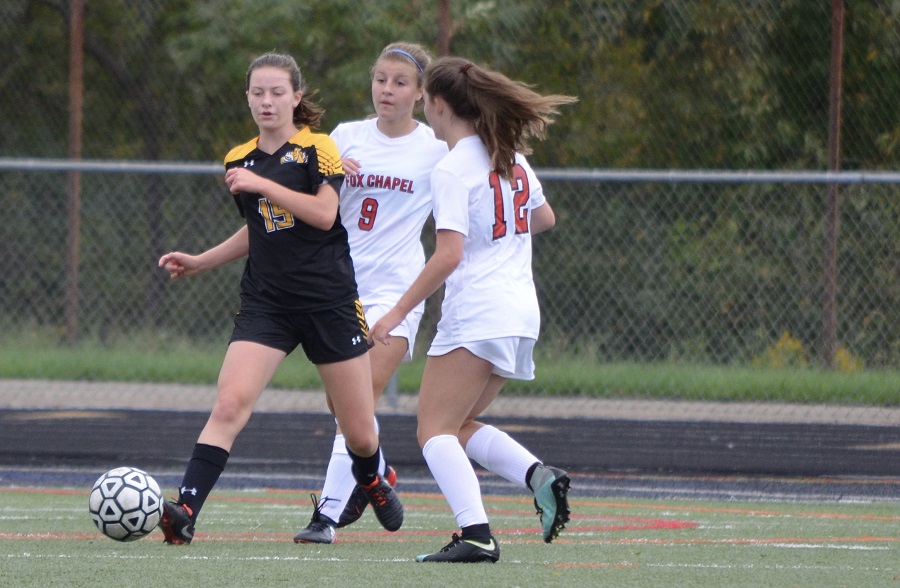 The North Allegheny Lady Tigers took the field Saturday afternoon looking to rebound from their first section loss to Butler Wednesday night. It would be an afternoon of firsts for NA, with the first game of fall, the first game against new section rival Fox Chapel, and the first goal for a Lady Tigers freshman propelled NA to a 1-0 victory.

After controlling much of the first half, the Lady Tigers got the lone goal of the game off the foot of freshman Halle Marsalis.  After a scrum in front of the net, Marsalis made sure the game would not go to halftime tied by burying the ball into the back of the net. The Marsalis goal was assisted by Ava Rupperspberger and gave NA a 1-0 lead.

The second half saw some very interesting soccer.  A melee in the Lady Foxes zone, where both junior Hannah Kirkpatrick and senior Alex Adams were denied on a wild 35 seconds of soccer, definitely provided some excitement at the beginning of the second half.  After a back-and-forth half, the game ended with Marsalis’ tally being the deciding factor.

This win keeps the Lady Tigers in second place in Section 1-AAAA, closely behind rival Seneca Valley. The Lady Tigers play host to the Indians of North Hills on Monday at Newman Stadium at 7:30 p.m.