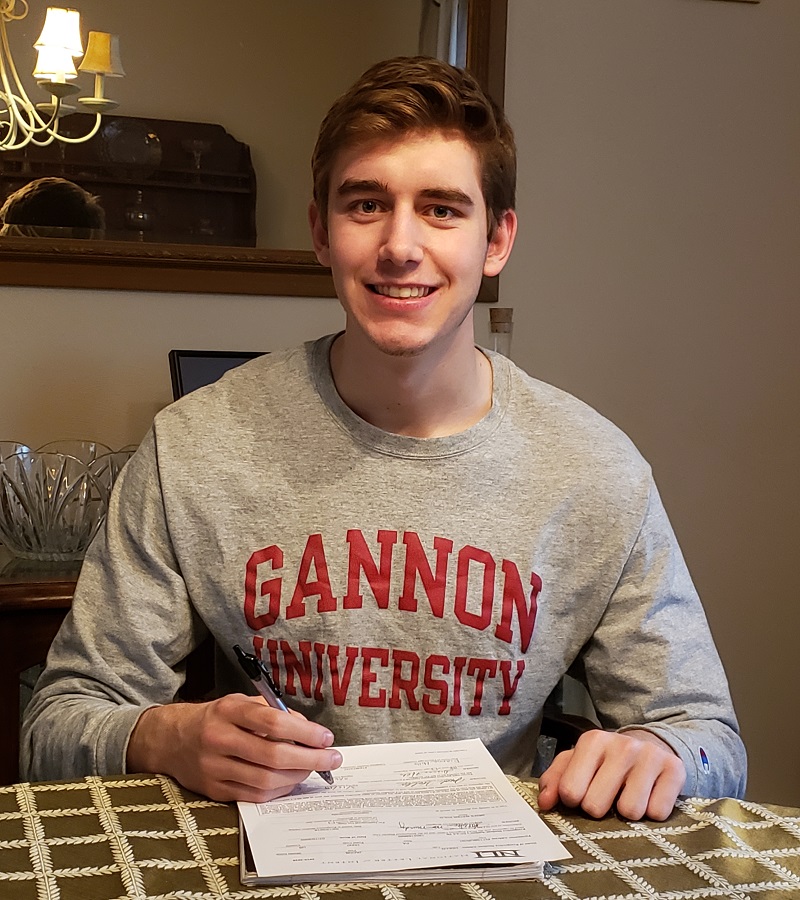 North Allegheny senior Jacob Hollo has signed his letter of intent to play NCAA Division II collegiate water polo at Gannon University in Erie, PA.  He will reunite with former North Allegheny teammate Dragoljub Marjanovic who is currently a freshman in the Golden Knights program.

Jacob is a two time PIAA All-State goalie for the Tigers where he notched over 500 saves during his junior and senior seasons. He also played on the Olympic Development Program All-Star team. Jacob plans to study pre-medicine at Gannon.

Gannon is a member of the Mid-Atlantic Conference, and finished last season with a 20-1 overall record.