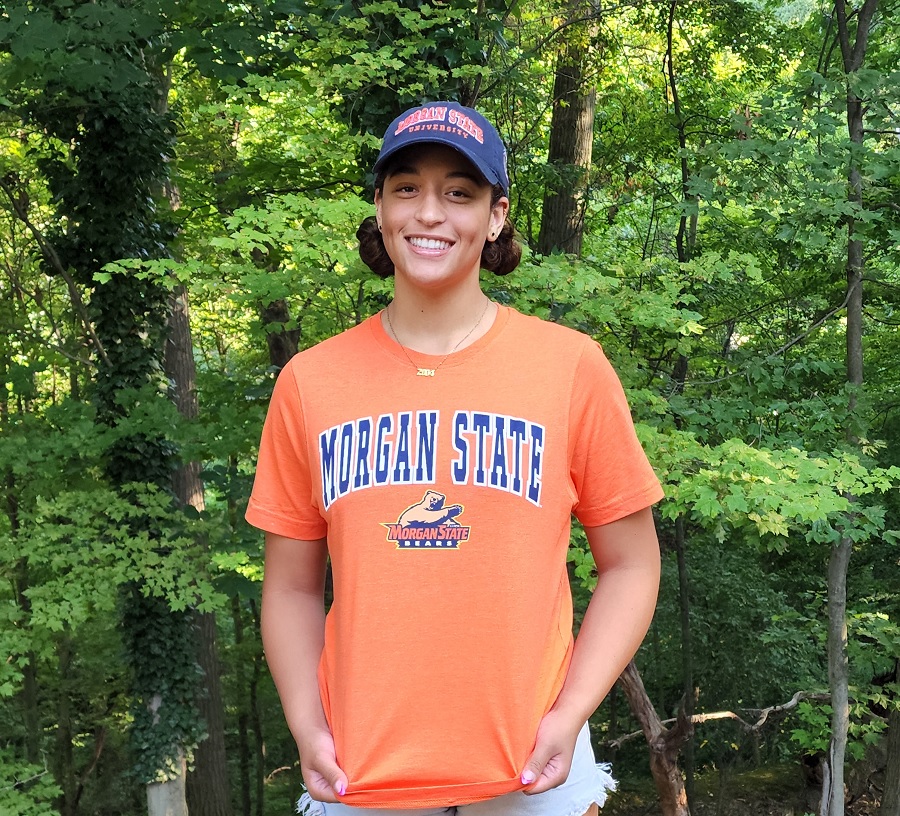 Recent North Allegheny graduate, Jadyn Perkins, will continue her academic and volleyball career at Division I Morgan State University in Baltimore, MD. Her commitment was announced via Instagram on Friday. 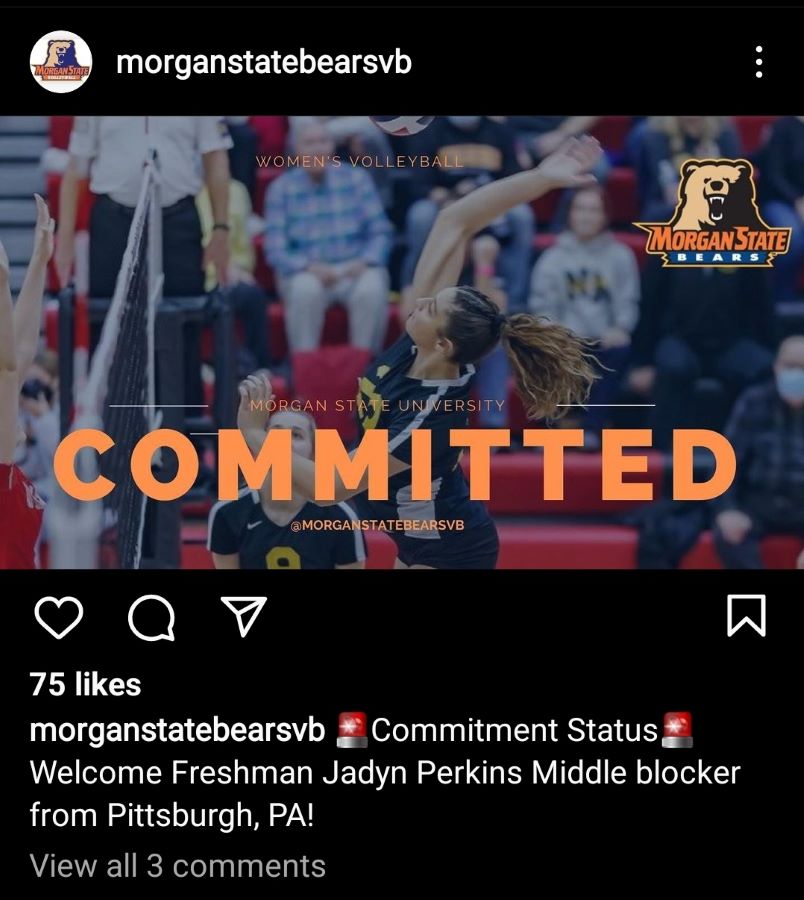 As a senior in the fall of 2021, Perkins was part of a North Allegheny team that went 20-1 and captured a fifth straight state championship and fourth WPIAL crown in the last five seasons. Individually, Perkins was one of the top middle blockers in Pennsylvania and posted a team-high 101 blocks on the campaign. Additionally, Perkins’ powerful right arm produced 200 kills, second best on the squad. Perkins received a bevy of awards for her efforts, including All-State honors from the Pennsylvania Volleyball Coaches Association, first-team All-WPIAL laurels and first-team all-section accolades from the Big 56 Conference.

At Morgan State, Perkins will join a program that recently earned the USMC/AVCA Team Academic Award for a third straight season. Competing in the Mid-Eastern Athletic Conference, Perkins will play for first-year head coach Xiomara Ortiz, who was named the team’s head coach in May.