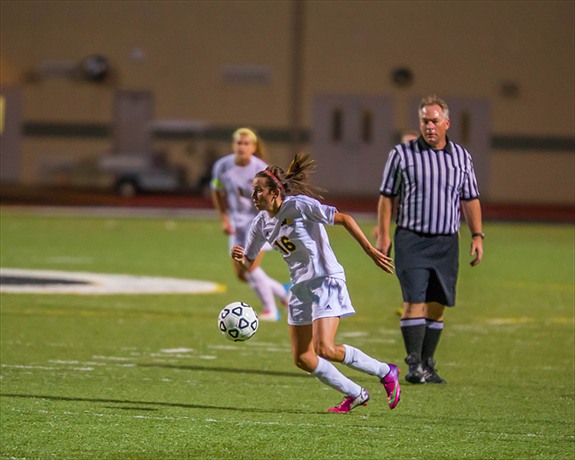 NA Silences Talbots Ahead Of Showdown With Raiders

Thanks in large part to a terrific night in net by goalkeeper Madison Martin, the North Allegheny Girls Soccer Team blanked the Hampton Talbots, 1-0, in a Section 2-AAA meeting on Wednesday.  Martin made 10 saves in the game, including a terrific diving stop on a Hampton breakaway in the 26th minute of the first half.  Martin’s effort on that play and throughout the game in net kept the contest scoreless until the 18th minute of the second half. Sophomore Amanda Miller received a through ball and played a pass back to junior Savana Yurick who kicked a well-placed shot over the Hampton net-minder for a 1-0 lead.  Courtesy of Martin and the NA defense, that lone goal would hold up for another section victory.