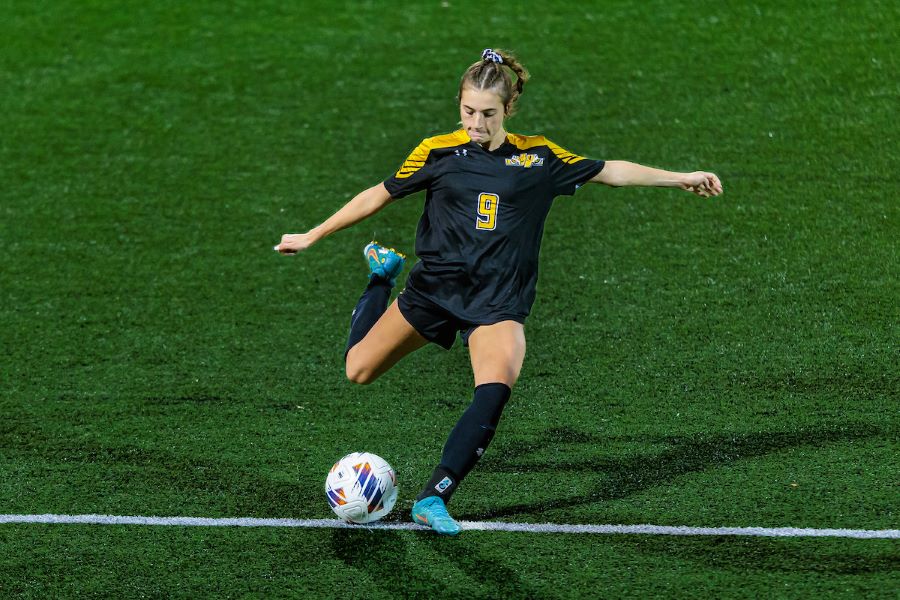 North Allegheny senior forward Lucia Wells received All-State recognition by the Pennsylvania Soccer Coaches Association for the 2022 season. Additionally, Wells was named to the All-America Team by The United Soccer Coaches. It’s the second consecutive year that Wells has received both honors.

Wells is coming off a career-year in her senior campaign with a team-high 30 goals. The University of Pittsburgh commit finishes her career at North Allegheny as the program’s all-time leading scorer with 80 goals in her four years with the Tigers. The 80 goals surpassed the former record of 62 markers set by Jill Matesic, who graduated from North Allegheny in 1991 and was inducted into the NA Athletics Hall of Fame in 2001. Matesic played collegiately at the University of Notre Dame.