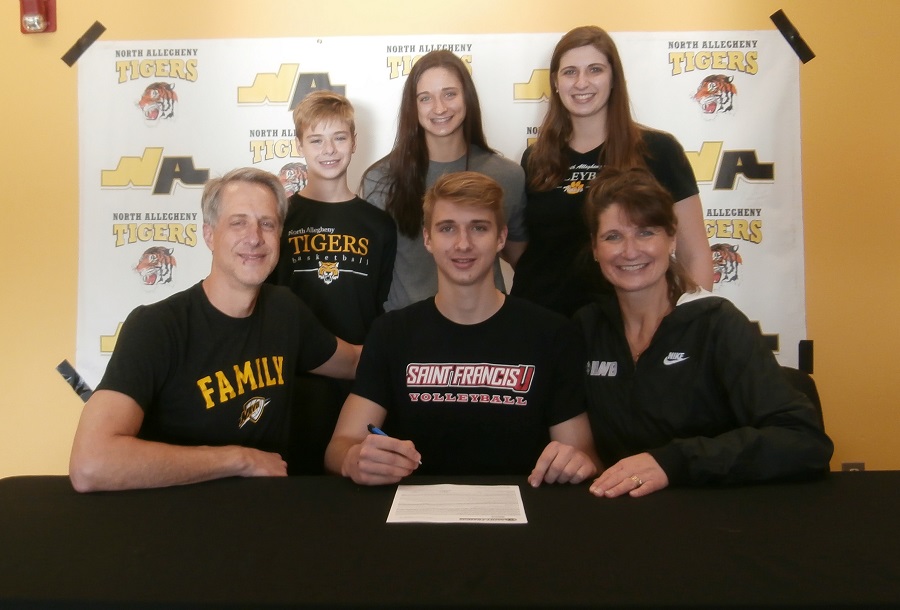 North Allegheny senior Michael Mosbacher signed his letter of intent on Friday with Division I Saint Francis University (PA). Mosbacher is an outside hitter and is expected to be a key member of the North Allegheny boys’ volleyball team this spring.

At Saint Francis University, Mosbacher will be reunited with former NA volleyballer A.J. Schmidt. Currently a redshirt sophomore for the Red Flash, Schmidt was the starting setter at North Allegheny in 2018 and led the team with 1,020 assists.

Mosbacher will major in Business at Saint Francis. He is pictured above with parents Kevin and Kara, sisters Ava and Maria, and brother Johnny.