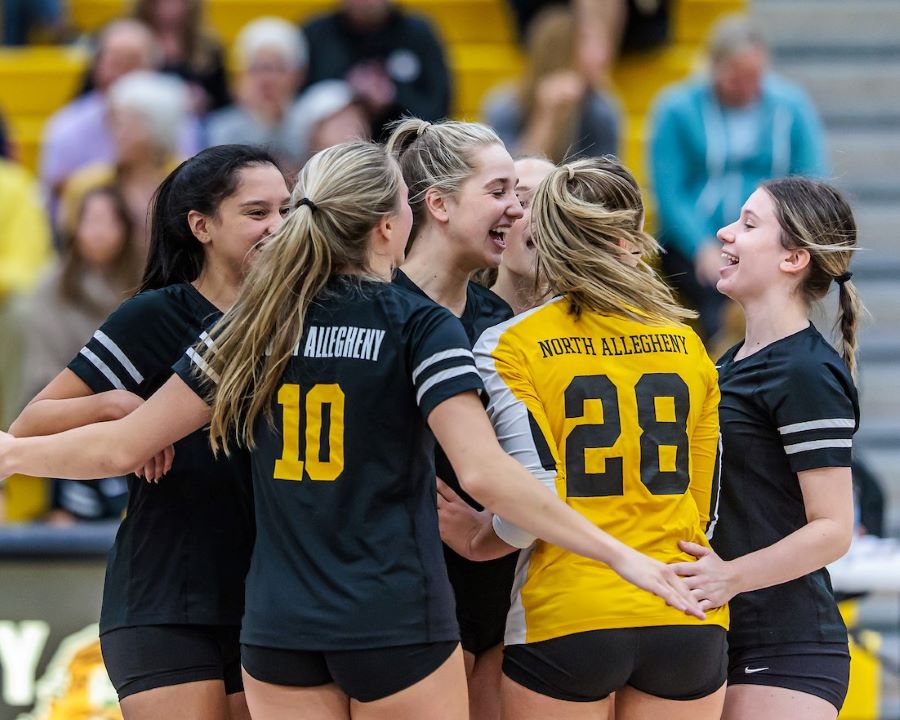 The North Allegheny Tigers began their quest for a third straight WPIAL championship, and fifth in six years, on Thursday night with a 3-0 win over Bethel Park in the Class 4A quarterfinals.  The Tigers defeated Bethel Park by set scores of 25-14, 25-16 and 25-17.

The Tigers started quickly by jumping out to a 7-0 lead, getting two aces from Mia Tuman and a pair of kills from Ella Zimmer. Bethel Park didn’t get on track in the first set as the depth of the Tiger roster continue to increase the lead. Maddie Fickess and Ella Deeter were also strong in the first set.

In the second set, Bethel Park stayed with the Tigers early behind the strong arm of Sophie Puzausky, but as the set progressed the Tigers pulled away. Caroline Curran was strong defensively, along with consistent serving from Avery Butcher and Rebecca Pilotta.

The third set was more of the same. Bethel Park only trailed 15-12 but strong play from Rylee Gadomski and Marin Dunaway closed things out. The Tigers were led by Zimmer with eight kills and five blocks.  For her effort, Zimmer was named the Wright Automotive Player of the Game.

North Allegheny improves to 17-0 overall and will face Penn Trafford on Tuesday night in the WPIAL semifinals. You can listen to the match on the North Allegheny Sports Network.