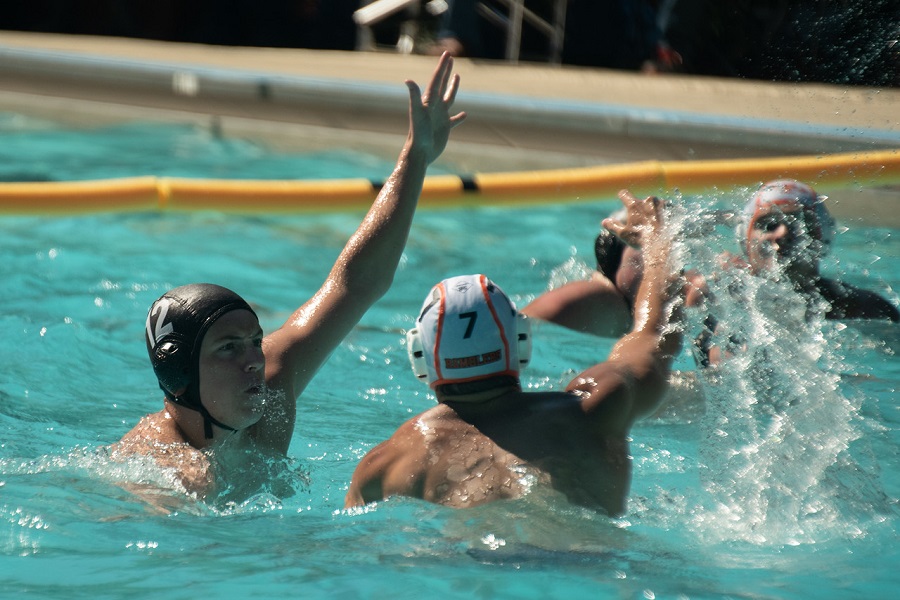 Due to a last-minute cancellation at McDowell, the North Allegheny boys’ water polo team made an impromptu trip to Cathedral Prep in Erie on Tuesday and came away with a 12-8 victory. The Lady Tigers were unable to find an opponent on short notice and were idle.

After a hotly contested first period that saw NA and CP deadlocked at 4-4, the Tigers began to assert themselves in the second quarter and held a 6-5 lead at intermission. In the second half, NA outscored the Ramblers, 6-3, and did not allow a goal in the final stanza en route to a 12-8 triumph.

Leading the scoresheet for the Tigers was senior captain David Lomakin with a game-high eight goals. Sophomore Sean McClellan had a fine all-around performance with two goals and a team-high four assists on offense to go along with four steals. Sophomore Keller Sens also swiped four steals defensively. To round out the scoring, senor Tyler Tieppo and sophomore Asher Jones each netted goals in the victory.

In net, Eliot Maravich and Justin Morrison once again split time at goalie. The NA duo combined for nine saves. Morrison made three of his saves in the fourth quarter and blanked the Ramblers in the final period.

With the win, the NA boys improve to 2-0 on the season. The idle Lady Tigers remain at 1-0 on the campaign.