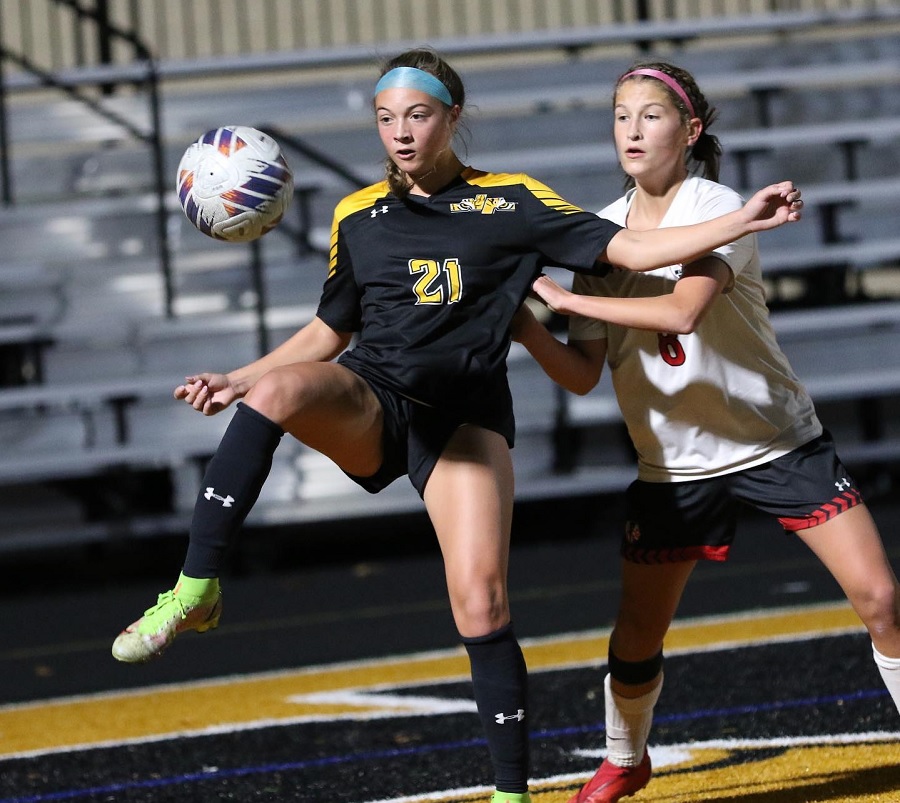 Coming off their third WPIAL title, North Allegheny has set its sights on capturing state gold for the first time. That quest got off on the right foot at Newman Stadium as the Tigers defeated Warwick 3-1 in the PIAA 4A Frist Round.

The match itself got off on the right foot, when the Tigers were awarded a free kick in the 4th minute of play. Senior Lucia Wells took the direct kick and found the net for her 29th goal of the season to put North Allegheny up 1-0.

The score would stay that way until the final minute of the first half when the Tigers would strike again. Abigail Stager had her shot blocked in the box, but Sophia Palermo picked up the rebound on deposited a left footed shot into the top right corner of the net. The goal was the fourth of the season for the senior.

In the second half, it was Wells again early. Just two minutes in, Stager sent a pass towards Jadyn Coy, but the Warriors deflected the ball to the right wing, where Wells quickly fired from around 25-yards out into the top of the net for her second goal of the match and a 3-0 North Allegheny lead.

Warwick would get on the board in the 50th minute, when WVU bound senior Olivia Schertzer scored her 25th goal of the year to pull the Warriors within two.

But that would be the end of the scoring and the Tigers would advance with the 3-1 win.

Junior Natalie Rak made five saves for North Allegheny, as the Tigers outshot the Warriors 15-6. North Allegheny also took all 7 corner kicks in the contest.

With two more tallies on the year, Lucia Wells was named the Wright Automotive Player of the Game. The Pitt bound forward now has a program record 80 goals in her career.

With the win, the Tigers (21-1) head to the second round of the state playoffs where they will face Central Dauphin. Central Dauphin (19-2-1), the second-place finisher from District 3, defeated Central Bucks East 2-1 in their first-round matchup. The Tigers and the Rams will play Saturday at a site and time to be determined.