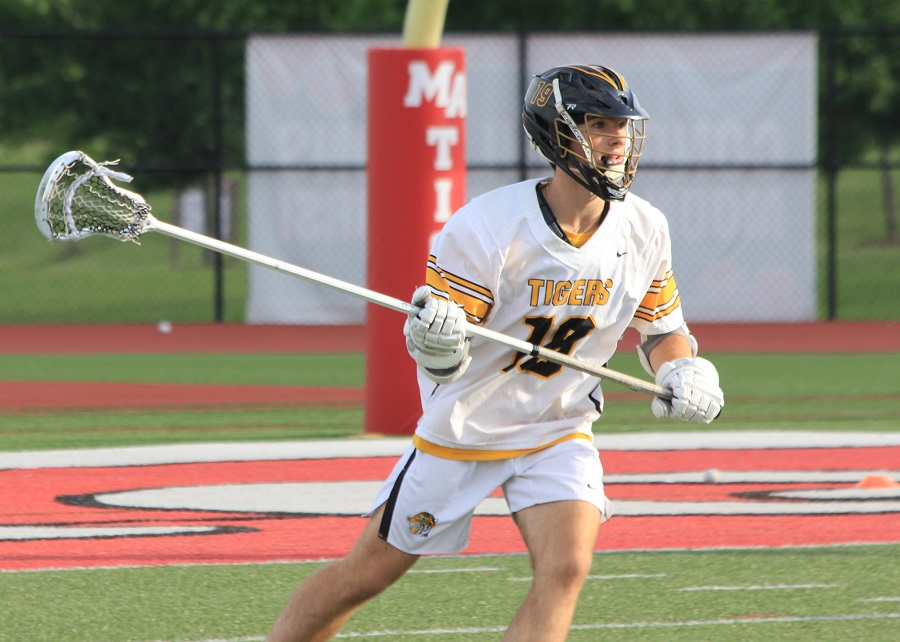 Facing one of the top boys’ lacrosse programs in Pennsylvania, the North Allegheny Tigers went head-to-head with Manheim Township on Saturday afternoon and dropped a 14-12 decision in a hard-fought matchup.

The contest was a rematch of the 2018 PIAA playoffs in which the Blue Streaks defeated the Tigers, 14-5, enroute to their first Class AAA state championship. On Saturday in Lancaster County, North Allegheny rallied from an early 6-2 deficit to tie the game at 8-8 with 6:28 to play in the third quarter. Ultimately, however, Manheim Township narrowly prevailed, 14-12. Alex Romero, Charlie Kingsbury and Garrett Campagna led the Blue Streaks with a hat trick each.

Pascarella paced the Tigers in ground balls with six, followed by Bordo and Ryan Barry with four ground balls each. Junior goalie Beck Taucher stood strong in net with 12 saves for the Tigers.

North Allegheny slips to 1-2 overall following the loss to Manheim Township. The Tigers return to section play on Thursday night against Fox Chapel at Newman Stadium. The game will be broadcast live by the North Allegheny Sports Network.