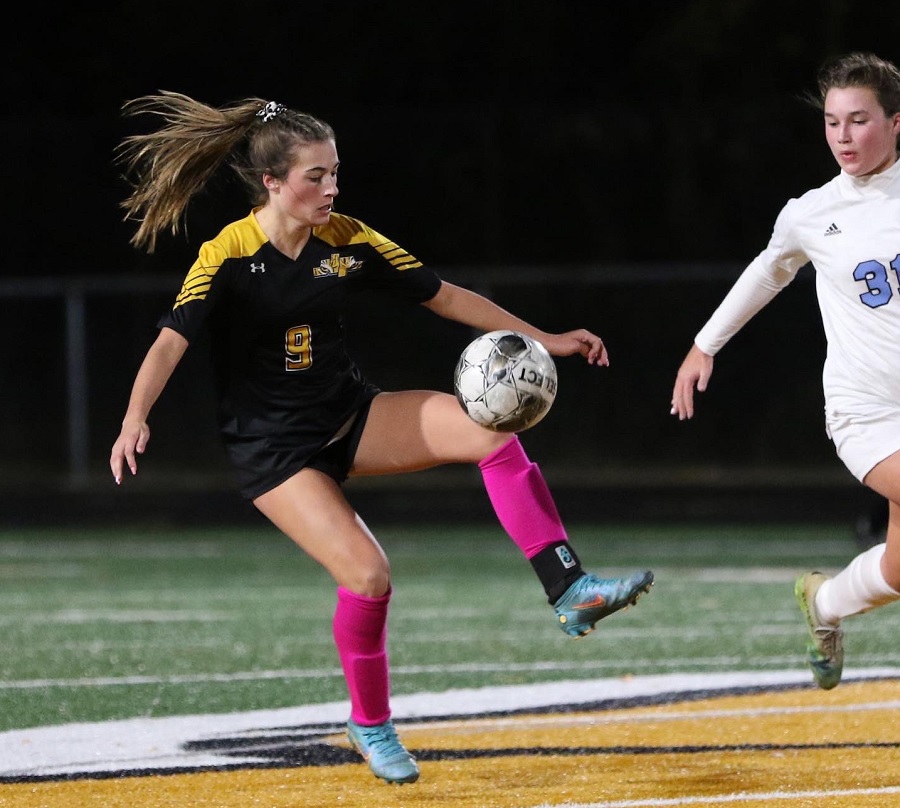 With a section title at stake, the North Allegheny girls’ soccer team atoned for its only loss of the season on Monday night at Newman Stadium with a 1-0 win over the Seneca Valley Raiders. It’s the third section crown in the last four years for the Lady Tigers.

Both teams entered the game riding lengthy scoreless streaks, which made it no surprise that the first half ended in a scoreless tie. Since beating North Allegheny, 2-1, on Sept. 23, Seneca Valley had gone five consecutive games without allowing a goal. That streak ended early in the second half when junior Jadyn Coy scored her fourth goal of the season just 2:22 into the second half for a 1-0 lead. The goal was set up on a shot by senior Lucia Wells, which struck the cross bar, and Coy tapped in the rebound along the far post for what turned out to be the game’s early goal. For her efforts, Coy was named the Wright Automotive Player of the Game.

The Tigers controlled the second half by continuing to pressure the Raiders’ net and outshot their opponent, 20-6, on the night and 11-1 in the second half. By dictating the pace throughout the second half, North Allegheny was able to close out a 1-0 victory.

Senior Natalie Rak earned the shutout, North Allegheny’s 10th on the season and fifth in a row. The Tigers increased their own scoreless streak to 433 consecutive minutes without allowing a goal.

With the win, North Allegheny won its seventh in a row and improved to 17-1 overall and finished section play with a 13-1 mark. Seneca Valley suffered its first loss of the season and finishes 12-1-2 overall and 11-1-2 in section play. The playoff-bound Tigers will await the WPIAL playoff pairings, to be announced on Wednesday afternoon.