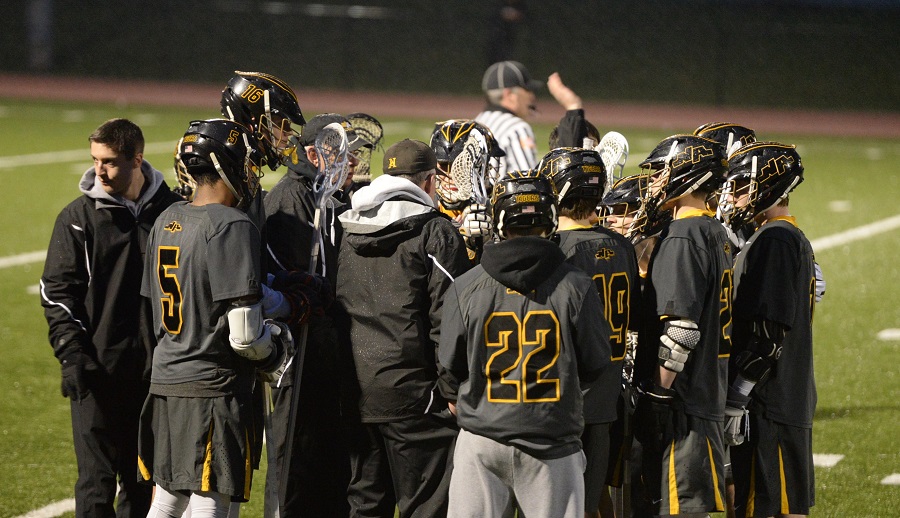 The North Allegheny boys’ lacrosse team won its third game in a row on Friday night with a non-section victory at Kiski Prep, 8-7.

The Tigers built a 6-2 lead by late in the second quarter and held a 6-3 advantage at halftime. Junior Matt Osten paced the scoring effort with three goals and had a terrific game overall, also providing a boost in the clearing and transition game. Junior Kyler Byerly added two goals for NA, while Ryan Leonard, Ian Young and Antonio O’Barto chipped in with one goal apiece.

Kiski Prep began to edge back into the game in the second half and trimmed the score to 7-5 by the end of the third quarter. In the fourth, North Allegheny used a strong effort in the riding game which led to the team’s eighth goal.

The NA defense made sure the lead stood up and killed multiple penalties, including a two-man down situation at the end of the game. Goalie Aiden Miller had key saves in goal to earn the win, making some big stops early in the game and also during Kiski’s late-game comeback bid.

Winners of three straight, North Allegheny improves to 3-2 overall and will visit Shady Side Academy in the Section 3-AAA opener. Start time is slated for 7:00 p.m.