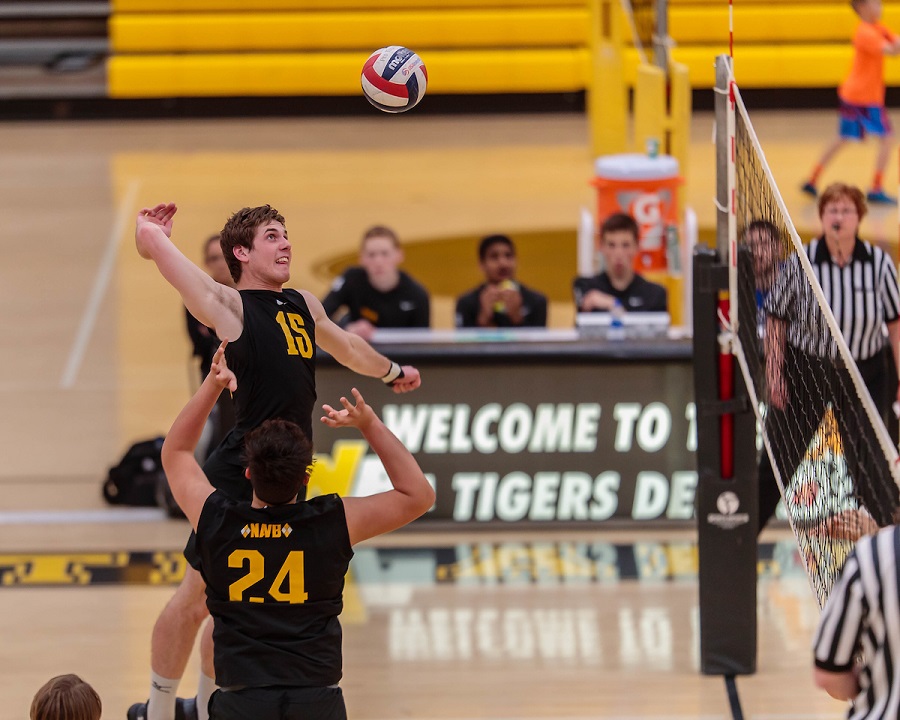 The North Allegheny boys’ volleyball team advanced to the WPIAL Class AAA semifinals with a 3-0 victory over the Penn-Trafford Warriors on Thursday night. The Tigers earned the quarterfinal win by set scores of 25-19, 25-23 and 25-11.

The top-ranked Tigers started off hot against the eighth-seeded Warriors with a 6-1 lead in set one. Following a time out, Penn-Trafford cut the deficit to 8-7 but couldn’t overtake North Allegheny. With the help of four kills from Alex Zubrow and three from Drew Hunker, the Tigers outlasted the Warriors for a 25-19 win.

The second set was entirely different as Penn-Trafford seized control early and built a 15-6 lead thanks to the play of senior setter Adam Grove. Grove tallied three kills and a block to spark the Warriors. Undaunted, the Tigers rallied back and scored 17 of the next 20 points to pull ahead, 23-18. The catalyst was Zubrow who belted out a team-high 10 kills and notched six blocks on the night, earning him Wright Automotive Player of the Match honors. Junior Kyle Davies also posted a pair of aces and played a key role with his serves during the comeback.

To their credit, Penn-Trafford rallied to tie the score at 23-23. However, a Grant Jones kill and a PT hitting error gave NA the win, 25-23.

Following set two, the Tigers maintained their momentum and dominated the third set for a 25-11 win to lock up a 3-0 sweep.

With the win, North Allegheny improves to 17-0 on the year. The victory is also the 40th in a row dating back to last year. The Tigers will take on Latrobe in the WPIAL semifinals on Tuesday at 7:30 p.m. at Fox Chapel High School. The match will be broadcast live via the internet on the North Allegheny Sports Network.