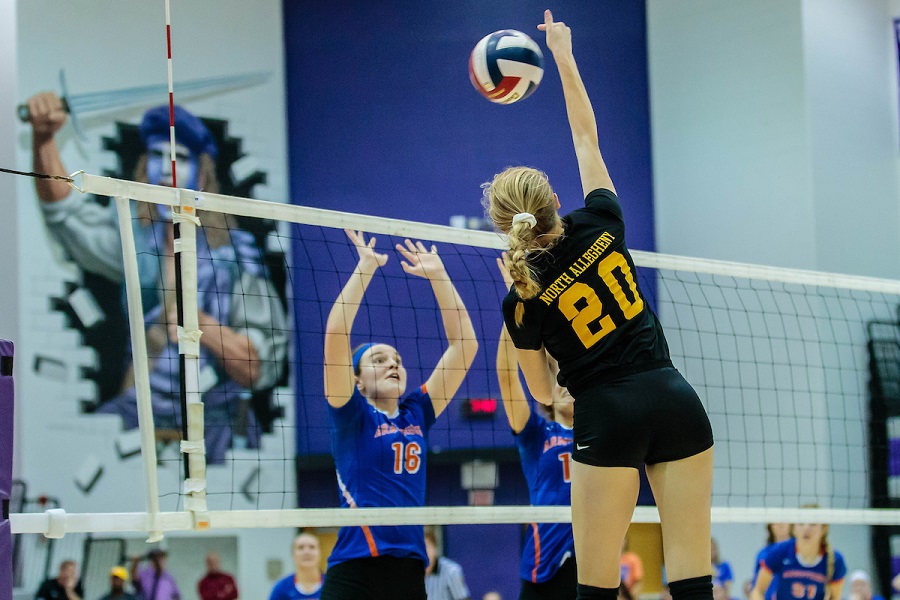 In a battle of two top five teams in Class AAAA, the reigning PIAA champion North Allegheny Tigers flexed their muscle by cruising to a 3-0 sweep of the No. 5 Oakland Catholic Eagles. The top-ranked Tigers rolled to set wins of 25-10, 25-12 and 25-12.

Most of the NA roster played a role in the victory as the Tigers were jump started in the opening set by sophomore Paige Miller, who notched seven kills. Sophomore Madison Beer played well in the late stages of the match and clogged the middle of the net with several blocks and kills.

A consistent performer throughout the night was senior Avery Tuman, who finished with a team-high 10 kills and added two digs. For her efforts, Tuman was named the Wright Automotive Player of the Match.

North Allegheny extends its winning streak to 29 in a row and improves to 6-0 on the season. Oakland Catholic falls to 4-2 on the year. The Lady Tigers return to action on Tuesday night for a section match at Fox Chapel.