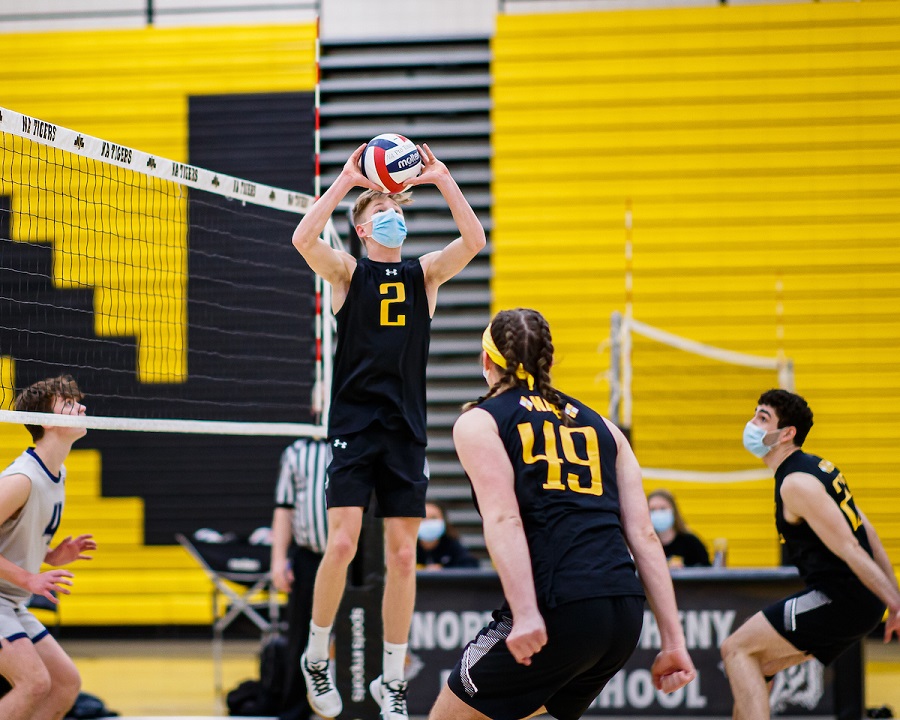 NA Returns To WPIAL Championship With 3-0 Sweep Of Hempfield

The three-time reigning WPIAL champions will make a return trip to the WPIAL Class AAA title match thanks to a 3-0 sweep over the Hempfield Spartans on Tuesday night at Fox Chapel High School. The Tigers defeated the Spartans in the WPIAL semifinals by set scores of 25-10, 25-11 and 25-18. It’s the 60th consecutive victory for North Allegheny, the No. 1-ranked team in the state.

The Tigers were hitting on all cylinders from the very start and overwhelmed the Spartans with a hitting percentage of .625 for the match. Ten different players recorded kills for NA as junior setter Caleb Schall facilitated the offense with a team-best 31 assists. For his efforts, Schall was named the Wright Automotive Player of the Match.

North Allegheny improves to 14-0 overall and will face section rival Seneca Valley in the WPIAL Class AAA championship on Wednesday night at 8:00 p.m. at Fox Chapel. The match will be broadcast live via the internet by the North Allegheny Sports Network.