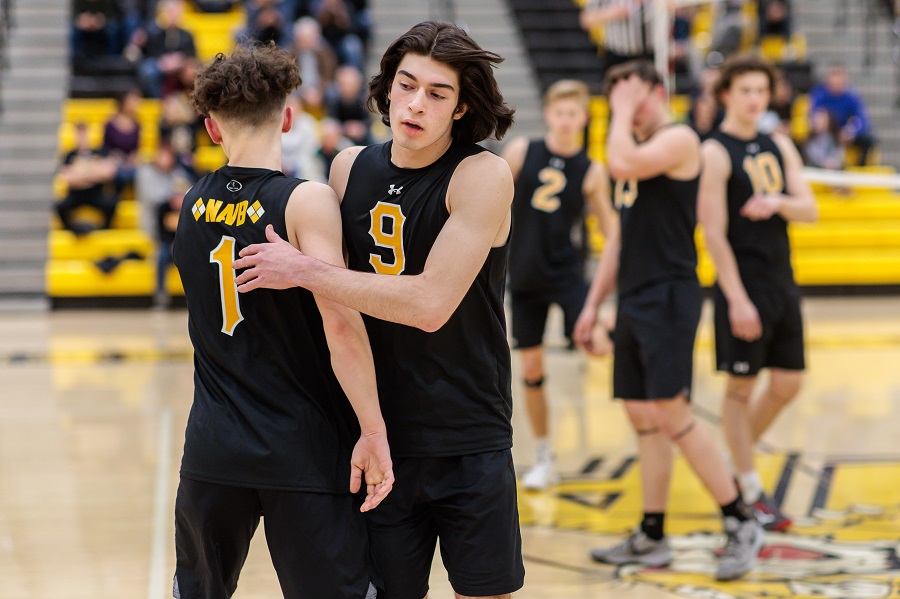 The North Allegheny boys’ volleyball team extended its winning streak to 66 in a row on Tuesday night with a 3-0 sweep North Hills. The host Tigers earned the Section 2-AAA victory by set scores of 25-8, 25-14 and 25-8. For Indians, the loss was their 26th consecutive section defeat.

Kills by Jack Birch, Caleb Schall, Titus LaMay and Cole Dorn gave NA a 4-3 lead in the early going of set one before a 7-0 run opened up an 11-4 lead for the Tigers. North Allegheny dominated the action enroute to a 25-8 win in the opening set. Schall, LaMay and Dorn all had a pair of kills each in the first stanza.

Despite falling behind 6-1 to start the second set, North Hills fought back and knotted the score at 8-8 thanks in part to a pair of kills by sophomore Dane Fazio. However, North Allegheny reasserted its dominance taking 9 of the next 11 points for a 17-9 lead. The Tigers cruised from there and earned a 25-14 win in the second set. Junior Nico Sfeir pounded out six of his team-leading seven kills in the set and was named the Wright Automotive Player of the Match.

North Allegheny controlled the action in the third and final set and jumped to a 14-6 lead. Sophomore Will Hahn sparked the Tigers to a 7-0 run with his exceptional serves, including a pair of aces, as the NA lead grew to 21-6. Senior Ben Huet finished off the Indians with a tip for the final point of the night, capping a 25-8 win in the third set for a 3-0 sweep.

Following the season opening win, North Allegheny will visit Shaler on Thursday night for a battle of top 10 ranked teams in the state. Start time is set for 7:00 p.m.