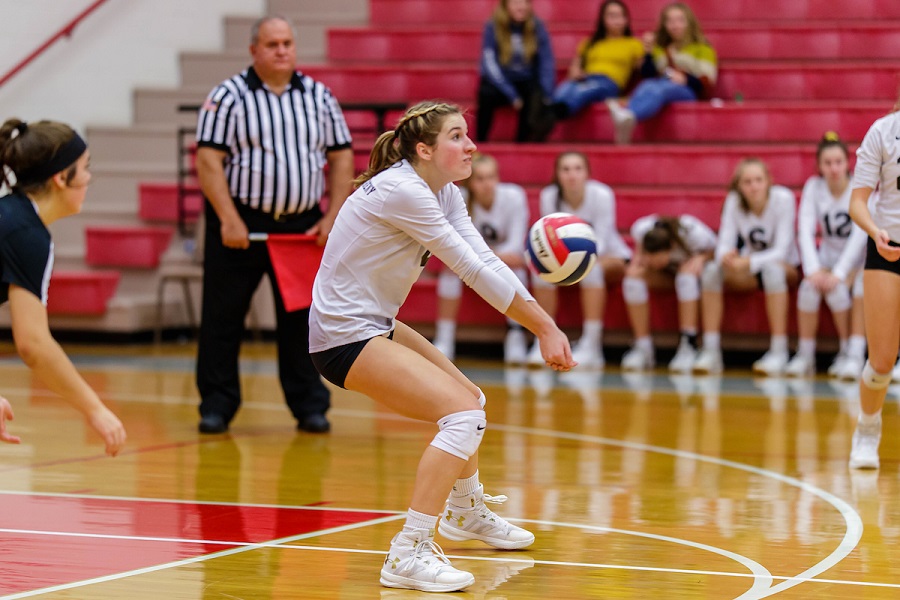 North Allegheny improved their record to 5-0 as it swept Butler 3-0 Monday night at North Allegheny High School by set scores of 25-14, 25-16 and 25-19. Before the game, seniors Paige Miller, Paige Morningstar, Madison Beer and Leigh Ivory were recognized before the game for their incredible careers that included three state championships and two WPIAL championships.

Butler played the Lady Tigers tough to start the game, jumping out to a 6-5 lead but a Golden Tornado service error led to a 9-2 run from North Allegheny, who was able to create separation and take the first set, 25-14. Jayden Perkins was very good in the first set, collecting three kills and two blocks.

In set two, North Allegheny got off to a much better start grabbing a 10-5 lead. They coasted from there for a 25-16 win in the set, NA was paced by Miller who contributed four points to the set. The third and final set looked to be all North Allegheny as they led 19-6 but Butler continued to fight and was able to cut the score to 24-19 before Ella Zimmer got the final kill to complete the sweep of the Golden Tornado.

North Allegheny improves to 5-0 overall and in the section. Butler falls to 1-6. The Lady Tigers are back in action tomorrow when they head to Fox Chapel to take on the Foxes in a section contest.