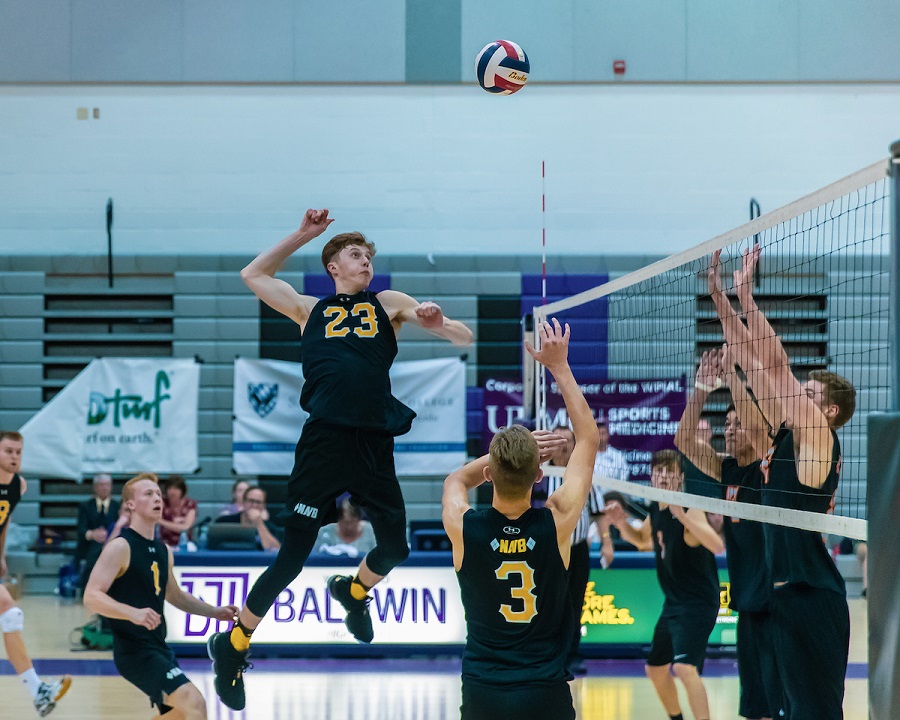 In a battle of section unbeatens, the North Allegheny boys’ volleyball team prevailed at Shaler with a 3-0 sweep for its 28th consecutive victory. The top-ranked Tigers vanquished the fourth-ranked Titans by set scores of 25-20, 25-18 and 25-22. (Video highlights courtesy of Audra Sapp below.)

In a head-to-head series that has been dominated by the Tigers for over a decade, Shaler has not won a single set against NA since April 4, 2007. It appeared that the Titans might finally break through against the Tigers and held a 13-8 lead in the opening set. The reigning PIAA champions answered back thanks to the big swings of senior Drew Hunker and claimed a 25-20 victory in set one. Hunker totaled four kills in the set, with contributions from senior Alex Zubrow in the middle for two kills and two blocks. Zubrow concluded the evening with seven kills and seven blocks.

Set two was eerily similar to the first as Shaler built a 14-8 lead. Yet again, Hunker led the Tigers back with five kills en route to a 25-18 win in the second set. On the night, Hunker posted a team-high 14 kills and added seven blocks, claiming Wright Automotive Player of the Match honors.

The third and final set proved to be a bit more back-and-forth in the early going before the Tigers pulled away late for a 25-22 triumph to finish off the sweep. Senior Jeremiah Zemet was a significant force at the net with three kills and three blocks. Zemet ended the night with seven kills and six blocks.

North Allegheny improves to 5-0 overall and 4-0 in Section 2-AAA. Shaler falls to 4-1 in the section. The Tigers will try to extend its winning streak with a home matchup against North Hills on Thursday night at 7:00.