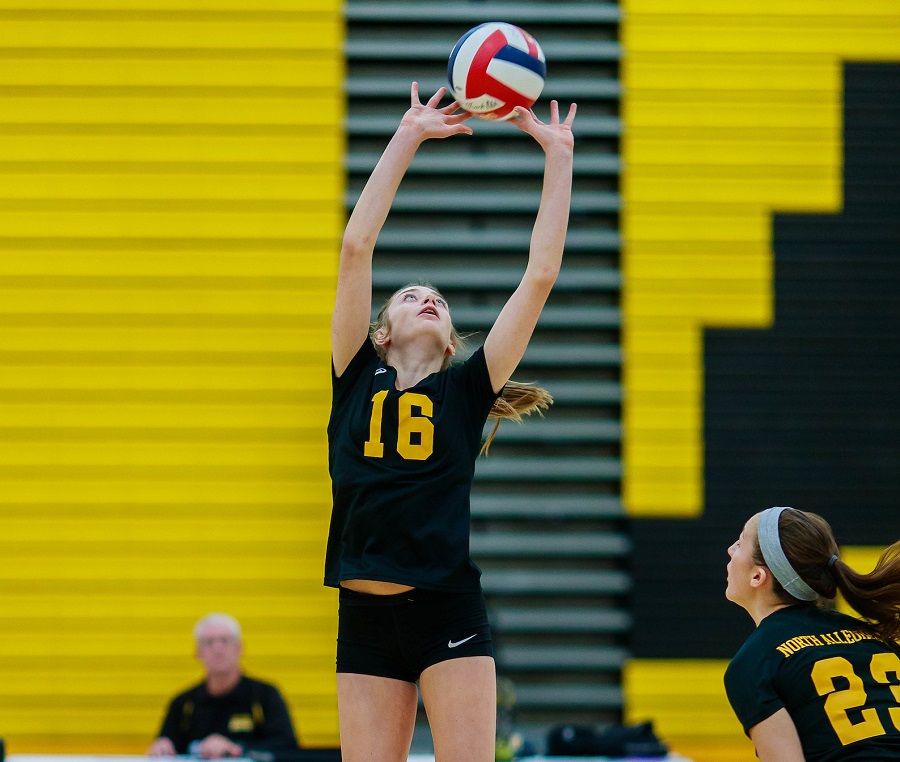 When the Tigers square off against the Raiders, there is always some intense play, no matter what sport. That held true Thursday night as North Allegheny Girls Volleyball beat Seneca Valley 3-1 on the road.

The Tigers were down early in the first set of the night but back-and-forth play drew the score even at 11-11 after a Raider service error. North Allegheny ripped off five of the next sixpoints to take a solid 16-12 advantage thanks to an Avery Tuman kill and Malia Duffy ace. The lead evaporated as the Raiders scored five straight points to knot the set up at 17-17. Back-to-back Paige Morningstar aces and a pair of Abby Miller kills followed by a Madison Curran kill ended the first frame for the Tigers, 25-18.

In the second set, both teams kept the score close. Up 20-17, North Allegheny’s Paige Miller and Tuman combined for back-to-back kills to pile on the points. An Allena Carmody ace ended the set by a score of 25-19.

Set three ended as a rare loss for the Tigers. Seneca Valley trailed 16-7 but mounted nine straight points to tie the set. A pair of Tori Fowler aces secured the frame for the Raiders, 26-24.

NA looked to end things in set four with a fast start. The Raiders scored first, but the Tigers rattled off six consecutive points to break the set open. Later in the frame, Carmody had a duo of aces to extend the lead to 18-9. Morningstar ended the contest with a quick kill as North Allegheny took set four 25-13 and the match 3-1.

Morningstar was awarded Wright Automotive Player of the Game honors for a great overall performance.

The Tigers remain at the top of the section and undefeated at 8-0 (5-0 Section 1-4A).  NA next hosts Pine Richland on Tuesday at 7:00pm, a game you can listen to on the North Allegheny Sports Network.

Seneca Valley drops to 1-6 overall and 1-4 in conference play. These two teams meet later in the season on October 16 at North Allegheny.