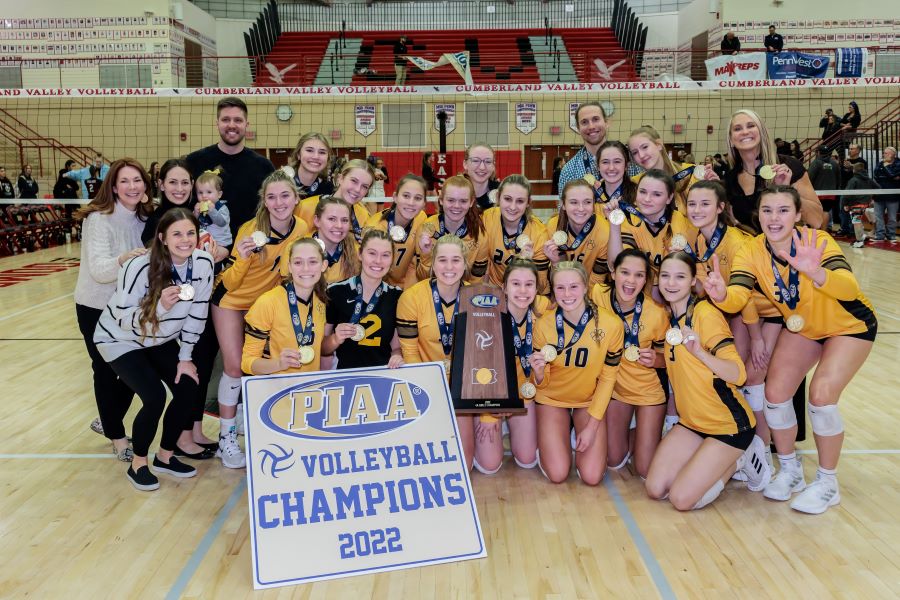 The North Allegheny girls’ volleyball team laid claim to a sixth consecutive PIAA Class 4A championship with a 3-1 triumph against Garnet Valley on Saturday night at Cumberland Valley High School. The Tigers won by set scores of 26-28, 26-24, 25-8 and 25-12. The streak of six consecutive titles for North Allegheny is the second longest in state history behind only the Norwin Knights, who won nine straight PIAA titles from 1976-1984.

Garnet Valley was seeking its second PIAA crown and earned a hard-fought win in set one, 28-26, to gain the early advantage. The Jaguars led 24-22 in the second set and were just a point away from seemingly gaining control of the match. However, the North Allegheny juggernaut displayed its championship mettle by scoring four consecutive points to take a 26-24 victory.

Similar to their win over Pine-Richland in the state semifinals, the Tigers completely dominated the rest of the night enroute to the PIAA crown. North Allegheny closed out the match with wins of 25-8 and 25-12 in sets three and four, respectively. The score in set three tied the PIAA record for the most lopsided set in a PIAA final since the state went to first-to-25 scoring in 2003.

For their outstanding efforts in the title match and throughout their careers, the senior class of Curran, Fickess, Deeter, Tuman, Treser, Zimmer and Rebecca Pilotta were named the Wright Automotive Players of the Match.