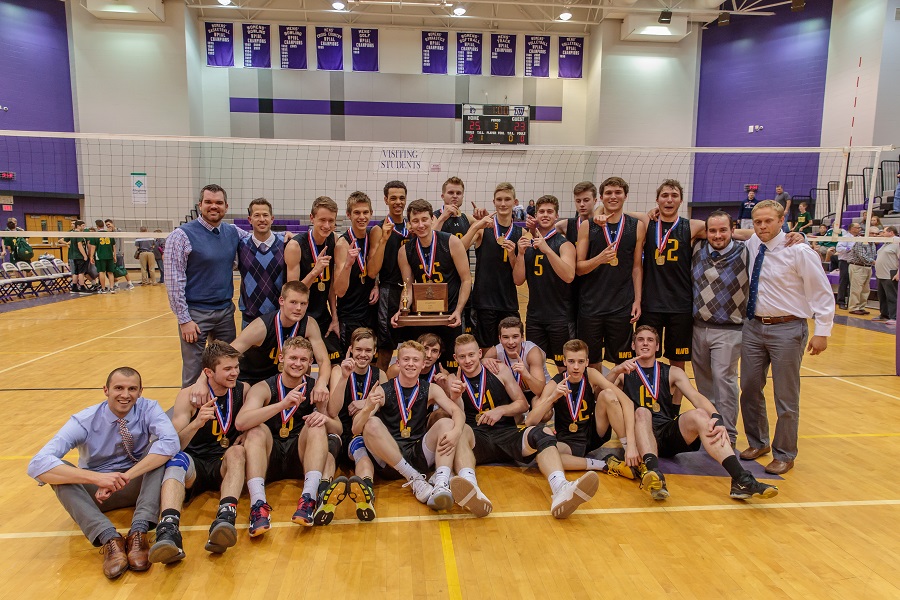 The North Allegheny Tigers dethroned the defending WPIAL champion Penn-Trafford Warriors with a 3-0 victory in the Class AAA title tilt at Baldwin High School. The Warriors won their first ever WPIAL crown last season and were hoping to become back-to-back champions heading into Wednesday’s matchup. The Tigers were playing in the title game for the 12th time in the last 15 years, but were making their first appearance since 2014.  Adding intrigue to the contest was the brother vs. brother storyline as North Allegheny head coach Dan Schall was facing his older brother, Penn-Trafford head coach Jim Schall. Both were volleyball standouts at Penn State University.

It was Dan Schall’s Tigers that exploded onto the scene in the first set and won in a rout, 25-10. Senior Luke Visgitis provided North Allegheny with seven kills in the opening set, on his way to a team-high 15 kills and five blocks.

The Warriors seemed to finally settle into the game in the second set and kept things much tighter. However, brothers Luke and Eric Visgitis combined for nine kills in the second set to outlast Penn-Trafford, 25-22.

In the third set, Penn-Trafford seemed determined to extend their reign as champions by battling the Tigers tooth and nail and held a 21-20 lead late. Seniors Brandon McGowen and Zach Werksman led the charge for the Warriors and combined for six kills and two blocks. Despite the onslaught of big swings from the Penn-Trafford duo, North Allegheny libero Danny Lebovitz covered every floorboard in the Baldwin gymnasium with a team-best 28 digs for the Tigers.  For his efforts, Lebovitz was named the Wright Automotive Player of the Game.

With the help of Lebovitz, and timely kills from Jason Stiefvater and Canyon Tuman, the Tigers rallied back for a 25-23 victory to complete a 3-0 sweep of the Warriors.

North Allegheny setter M.J. Barton and Penn-Trafford’s Brandon McGowen were named WPIAL co-MVP in Class AAA prior to the game.  Tuman, and the Visgitis brothers were named first-team All-WPIAL. Lebovitz was a second-team selection, along with senior opposite Seth Russell. Stiefvater claimed third-team All-WPIAL laurels.

With the championship win, North Allegheny improves to 19-0 overall on the season. Both the Tigers and Penn-Trafford Warriors will appear in the PIAA tournament next week.