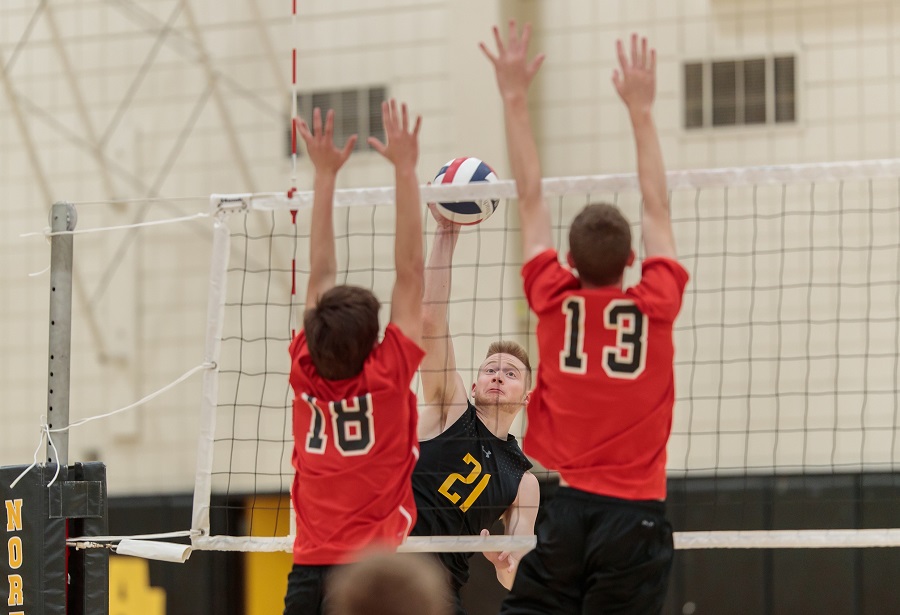 Capturing their fifth consecutive victory, the North Allegheny Tigers topped the Fox Chapel Foxes on Monday night, 3-0, in Section 2-AAA action. The top-ranked team in the state received a strong effort from senior Luke Visgitis who peppered the Foxes with a team-high 10 kills.

North Allegheny sits at 5-0 overall and 4-0 in section play. Fox Chapel is 1-3 in the section following the loss. The Tigers will visit Seneca Valley, the sixth-ranked team in Pennsylvania, for a major section clash on Thursday night.