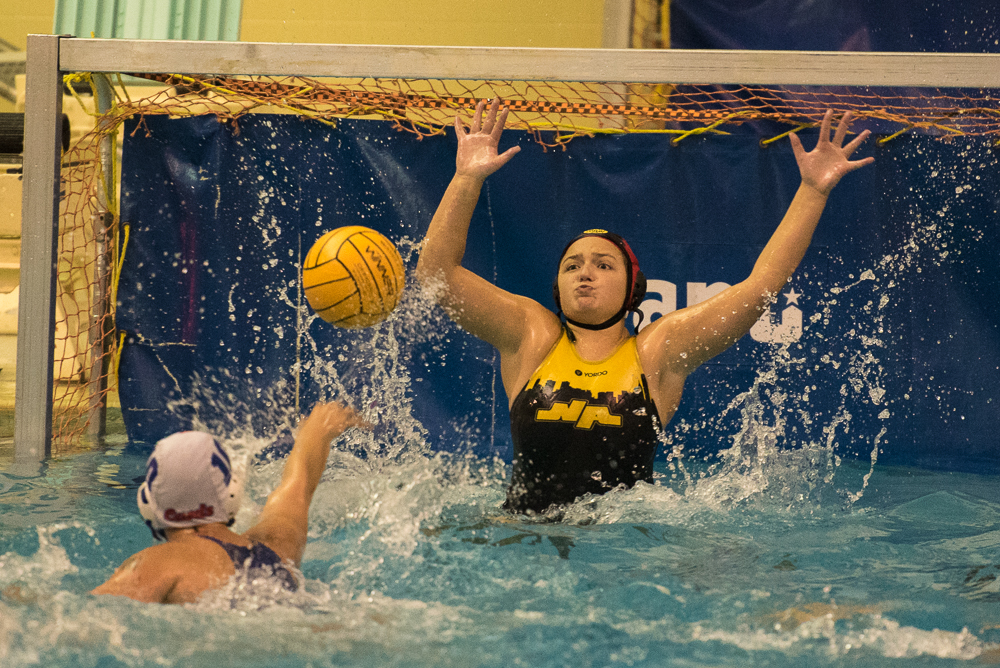 The North Allegheny water polo teams concluded their season with the NA boys and girls each placing seventh at the State Championships. Both teams went 1-2 two at the state tournament but finished out the season with a victory in the seventh place contest to end the season on a winning note.

The Lady Tigers were in action this weekend and opened the State Championships with a tough 11-8 loss to Wilson. Nediva Levine led the Tigers with three goals and Emma Shaffer posted a team-high four steals in the game.

In their second contest of the tournament, the NA girls’ team dropped a 9-7 decision to Springfield despite a four-goal performance from Taylor McClellan. Defensively, Abby Washabaugh notched a team-best six steals and goalie Corey Riley collected 10 blocks and one steal.

The Lady Tigers bounced back in the seventh place game by defeating Pennridge, 8-7. McClellan and Washabaugh scored three goals apiece in the victory.

The NA boys’ water polo team took part in the State Championships on November 6-7 and had similar results to the girls’ team. The Tigers fell to Wilson by a 10-7 score in the opener despite four goals from Nick Koehler and three goals from Mitchell Rubio.

Koehler netted a team-high seven goals in NA’s next game against Souderton, but unfortunately was not enough as the Tigers were defeated 15-12. In the seventh place game, Koehler continued his strong performance with four goals and Rubio followed with three as the Tigers defeated Pennridge, 11-9. Max Moore chipped in with two goals and goalie Jack Kairys made 11 blocks and two steals.