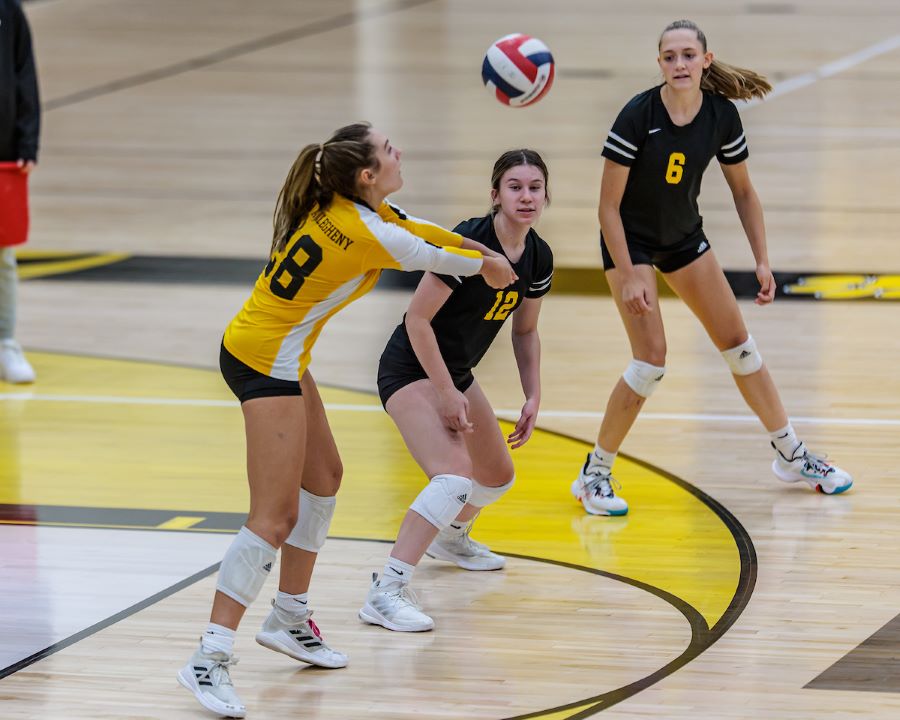 The No. 1 and No. 2-ranked teams in Class AAAA locked horns on Tuesday night and the top-ranked North Allegheny Tigers earned a 3-0 triumph over the Pine-Richland Rams. The Tigers earned the season sweep against the Rams by set scores of 25-15, 25-21 and 25-17.

The first set was a back-and-forth affair in the early going as NA saw a 5-1 lead evaporate following a 9-2 run by Pine-Richland. With PR leading 10-7, the Tigers called a timeout to regroup and regained the lead with a 12-1 run for a 19-11 advantage. Junior Elysia Smith had three kills in the opening set to help sustain the offense. Senior libero Caroline Curran set the tone with her marvelous defensive play and tallied a game-ending tip for a 25-15 win. Curran totaled a team-best 21 digs against the high-powered Rams and was named the Wright Automotive Player of the Match. Curran also tallied a pair of aces in set one.

In set two, Pine-Richland built a 12-9 lead on the strength of five kills by senior Kaili Doctor. However, North Allegheny answered back thanks to five kills each by seniors Ella Deeter and Carissa Treser. With NA leading 19-18, the Tigers pulled away courtesy of junior Maddie Fickess’ three kills and a block down the stretch for a 25-21 win. Fickess totaled seven kills on the night. Treser posted a team-high 15 kills and Deeter tallied eight kills.

The Tigers pounced on the Rams in set three for a 14-2 lead, and despite a late run by PR, North Allegheny prevailed, 25-17. Treser overwhelmed Pine-Richland with seven more kills in the win.

With the win, North Allegheny improves to 10-0 overall and 5-0 in Section 1-AAAA. Pine-Richland slips to 9-2 overall and 3-2 in the section. Both of PR’s losses have come to North Allegheny. The Tigers will stay in section play on Thursday with a visit to North Hills.